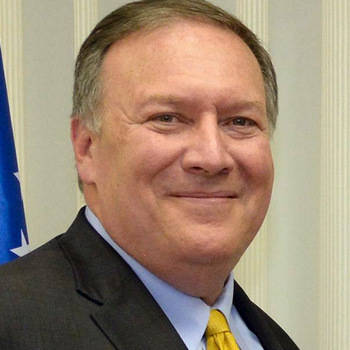 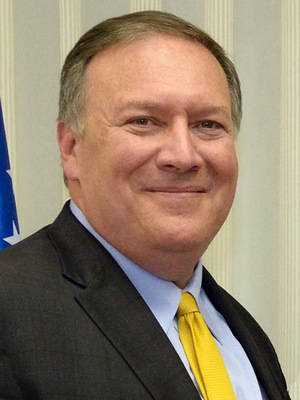 Mike Pompeo is the first American to have served in the Cabinet posts of Secretary of State and Director of the Central Intelligence Agency. His service was the culmination of four decades of a wide-ranging set of experiences that reflect our quintessentially American core values: hard work, risk taking, free market competition, individual liberty, opportunity, national sovereignty and a strong faith in God. From serving in uniform as a young Army officer on freedom's frontier on the communist boundary of the Iron Curtain, to spending days on manufacturing floors with hard working machinists making American products for the companies he led, to sitting in the White House Situation room at critical moments - Mike has collected worldwide relationships, unique memories, real achievements and powerful stories of the great Americans he has worked alongside.

Serving as our nation's most senior diplomat in his role as 70th United States Secretary of State, the world witnessed the emergence of America as a massive energy exporter, a force for good in Middle East with real peace cemented in the historic Abraham Accords and an American foreign policy based on our nation's founding ideals that put America first. COVID-19 required Mike to lead a team that executed America's largest ever global repatriation effort. Mike's time at State marked the end of naive engagement with the Chinese Communist Party -- pulling back the curtain shielding the egregious acts of the CCP that threaten American jobs and freedoms. Calling out and punishing attacks on basic human dignity -- and the kleptocrats who denied it -- in places like Venezuela, North Korea, Iran, Nigeria, China and elsewhere.

Mike came into his role as Secretary after leading the world's premier espionage agency, having served as Director of the CIA. Daily, he led his team to take appropriate risk on sophisticated operations to deliver America's senior leaders the most pristine data and intelligence in the world to inform their decision making. All to secure freedom and sovereignty here at home.

Four times, Kansas elected Mike to represent their 4th Congressional District as a member of the U.S. House of Representatives. In Congress, he served on the Energy and Commerce Committee, the House Intelligence Committee and the Special Committee that investigated the death of four Americans in Benghazi, Libya.

As a teenager, Mike enrolled at the United States Military Academy at West Point. He graduated first in his class from West Point in 1986 and then served as a cavalry officer patrolling the Iron Curtain before the fall of the Berlin Wall. He also served with the 2nd Squadron, 7th Cavalry in the Fourth Infantry Division. After leaving active duty, Mike graduated from Harvard Law School having been an editor of the Harvard Law Review.

Mike later returned to his mother's family roots in South Central Kansas and founded Thayer Aerospace, where he served as CEO for more than half a decade manufacturing components for commercial and military aircraft. He then became President of Sentry International, an oilfield equipment manufacturing, distribution, and service company.

Mike has a reputation for "shooting straight" and operating with exquisite candor - acting on the "reality of the way things are not the way we wish that they were."

Mike and his wife Susan have one son, Nicholas. All three Pompeos are, temporarily, transplanted Kansans now living on the east coast who still cheer on their Wichita State University Shockers basketball team and miss spending weekends on the farm in Winfield.