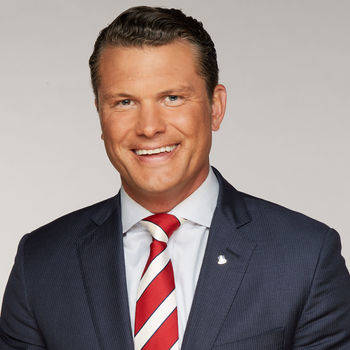 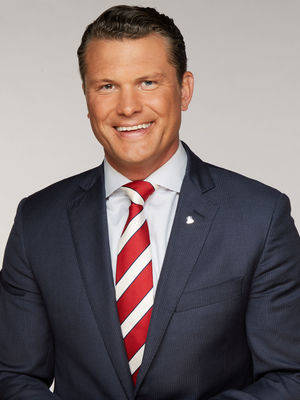 Pete Hegseth currently serves as a co-host of FOX News Channel's (FNC) FOX & Friends Weekend (weekends 6-10AM/ET). He joined the network as a contributor in 2014.
While at FNC, Hegseth has provided analysis and commentary across the network's daytime and primetime programming. Most recently, he hosted the FOX Nation special, The Miseducation of America. The five-part series examines how the American education system has evolved over the last hundred years as well as the current state of the classroom, including the shift to more progressive content in today's curriculum.

For the past few years, Hegseth has hosted FNC's special New Year's coverage. To ring in 2022, he hosted All American New Year live from the Wildhorse Saloon in Nashville, Tennessee alongside his FOX & Friends Weekend co-hosts Rachel Campos-Duffy and Will Cain. In 2020, he co-hosted FNC's All-American New Year special alongside FBN's Lisa Kennedy Montgomery. During the special, Hegseth presented an exclusive interview with then-President Donald Trump.

Prior to joining FNC, Hegseth held the position of CEO for Concerned Veterans for America. Previously, he was an infantry Captain in the Army National Guard, and has served in Afghanistan, Iraq, and Guantanamo Bay. He holds two Bronze Stars and a Combat Infantryman Badge for his time in Iraq and Afghanistan.

Hegseth has a bachelor's degree in politics from Princeton University and master's degree in public policy from Harvard University's John F. Kennedy School of Government.