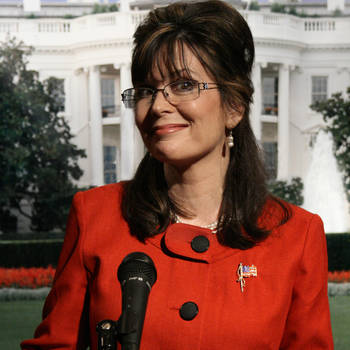 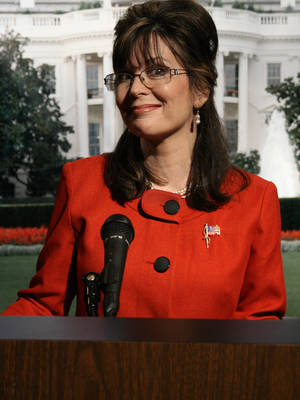 Truly great impersonators have more than just "the look," they also have the uncanny ability to embody the heart and soul of the person they are imitating. That's what makes Patsy Gilbert so spectacular in her presentation of political luminary Governor Sarah Palin.

Like the celebrated vice-presidential candidate, both were pageant queens and athletic team captains. Similarly, Patsy cut her teeth in broadcast journalism--developing a homespun honesty on both sides of the camera. They are both runners and have gun-totin' First-Dude types who love to hunt and fish. While Palin relished being a Hockey Mom, Gilbert loved her real-life role as Soccer Mom. Even more remarkably, like Sarah, Patsy and her husband were blessed with a loving Down's Syndrome child.

When Governor Palin burst onto the national stage, Patsy saw a once-in-a-lifetime opportunity. A consummate professional, Gilbert quickly developed comedic material while perfecting Palin's accent and mannerisms. She and long-time family friend and President George W. Bush impersonator, John Morgan, were a smash at September's "Sunburst Celebrity Impersonator's Convention" in Orlando, FL. Just a few days later, they posed for photos with thousands of enthusiastic fans at October's Presidential Debate '08 Block Party at Belmont University in Nashville, TN, just yards away from where the actual candidates would spar.

Patsy grew up in St. Louis, Missouri and holds to her Midwestern values. She's an active member of her church and knows that when it comes to family, you spell love "t-i-m-e." Patsy and her husband, Dave, now make their home in Orlando, FL, along with their two sons, Devon and Dylan, and one daughter, Dallas Elizabeth.

"The most rewarding part of impersonating Sarah," says Patsy "is embracing her courage, convictions, and moral compass. Now that I'm impersonating Sarah, I have an excuse for being feisty and unapologetically stubborn when standing up for what I believe."

With her journalism and production background, Patsy is uniquely qualified to entertain and amuse as "The Impalinator!"