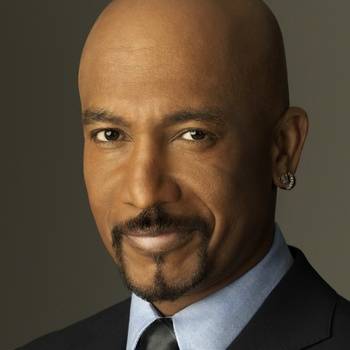 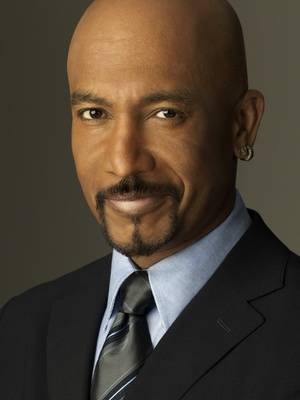 Williams hosted The Montel Williams Show, a nationally syndicated talk show distributed by CBS Paramount Television, for 17 years, taping over 3,500 shows and interviewing more than 30,000 guests focusing on key social issues involving ordinary people coping with extraordinary circumstances. He received a Daytime Emmy Award for Outstanding Talk Show Host; and later his show was nominated for Outstanding Talk Show two years in a row.
In 2009 Williams hosted a daily syndicated radio talk show Montel Across America. The program provided insight into social, political and economic issues along with information on health and wellness. The show received tremendous response, but went off the air in February of 2010 when its parent company went out of business.

Battling Multiple Sclerosis daily, Williams has built the Living Well with Montel brand, by incorporating life experience and the information he has accumulated through personal account and professional opinions. Williams developed the Living Well with Montel series of talkmercials. which focus on products that can help consumers live better physically, emotionally, financially and spiritually. The premier Living Well product, the Healthmaster Emulsifier, was launched in 2009. The Living Well line currently includes FUEL OF LIFE products, a potent superfoods drink mix and super vitamin pack (distributed by Europa Products, Inc) based on Williams daily regime as well as the Living Well Pressure Cooker, Ab Coaster and the Dog Pedic (to help your pet live well) all distributed by TriStar products, Inc. In November 2010 Williams launched the Living Well skincare line and the TravelSafe products line in partnership with Cinsay, Inc. through a new content driven web portal, www.montelnetwork.com.

In January 2006, Williams became the national spokesman for the Partnership for Prescription Assistance (PPA), a patient assistance clearinghouse program that has matched over 6 million Americans to public and private patient assistance programs providing them with more than $13 billion dollars of free or nearly free prescriptions.
Williams has been a prolific author of uplifting and practical books, of which four became bestsellers. They include Living Well Emotionally: Breakthrough to a Life of Happiness; Living Well: 21 Days to Transform Your Life, Supercharge Your Health, and Feel Spectacular; Climbing Higher; BodyChange; Life Lessons and Reflections; A Dozen Ways to Sunday: Stories of Hope and Courage; Mountain Get Out of My Way: Life Lessons and Learned Truths; and Practical Parenting.

Williams enjoys acting and performs whenever his schedule permits. Over the past few years, viewers may have seen him on hit television programs including "All My Children," "American Dreams" and "JAG." Williams contributed to the long running dramatic series "Guiding Light" playing "Clayton Boudreau", which landed him a nomination in 2009 for a NAACP Image Award for Outstanding Actor in a Television Series. He also starred in the critically acclaimed off-Broadway play The Exonerated. Williams starred and executive produced a prime time network series for CBS, The Education Of Matt Waters.

Shortly after being diagnosed with MS in 1999, Williams established the Montel Williams MS Foundation to further the scientific study of MS, provide financial assistance to select organizations and institutions conducting research, raise national awareness, and educate the public. The MWMSF has granted over $1.5 million dollars to research and has supported a study done at the Karolinska Institute in Sweden, which discovered an MS gene.

Williams began his professional career in the US Marine Corps in 1974 when he enlisted in his hometown of Baltimore after graduating high school. After six months, he was meritoriously promoted twice, and in 1975, became the first black Marine selected to the Naval Academy Prep School in Newport, Rhode Island to then go on to graduate from the United States Naval Academy. He graduated with a degree in general engineering and a minor in international security affairs. He then went on to study Mandarin Chinese and Russian language at the Defense Language Institute He was then selected as special duty intelligence officer, specializing in cryptology.

Williams resides in New York with his wife Tara.