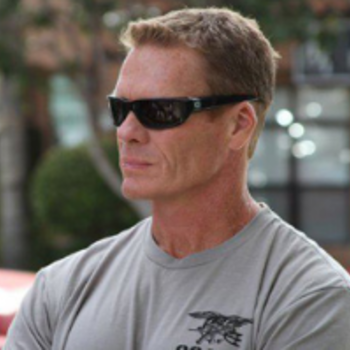 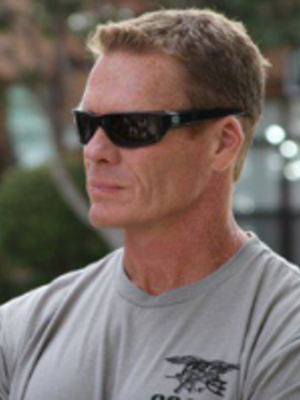 Mark is a highly sought after speaker, coach, author and makes frequent media appearances to discuss Seal way of life

Mark Divine is from upstate New York with a degree in economics from Colgate University and an MBA in Finance from New York University Stern School of Business. Mark's first career was with Coopers & Lybrand (now PriceWaterhouse Coopers) as a Certified Public Accountant. Clients included luminous financial firms such as Solomon Brothers and Paine Weber.

Four years after joining Coopers, Mark left behind the corporate world to pursue his vision to become an elite Navy SEAL officer. At 26 he graduated as honor-man (#1 ranked trainee) of his SEAL BUD/s class number 170. Mark served for nine years total on Active Duty and eleven as a Reserve SEAL, retiring as Commander in 2011.

Mark embarked on his third career as an entrepreneur in 1996 by co-founding the successful Coronado Brewing Company (CBC) and founding the web e-commerce site www.NavySEALs.com. He later sold his interest in CBC, but continues to run NavySEALs.com as the leading web site for gear and information about the SEALs. In 2006 he launched US Tactical, a government contracting business where he gained contracts with Naval Special Warfare Group ONE for training support and with the Navy Recruiting Command for a nationwide mentoring program for SEAL trainees. This latter program was credited with increasing the quality of Navy SEAL candidates and reducing the attrition rate at BUD/s by up to 5% and was the inspiration for SEALFIT.

Mark was an adjunct professor of leadership at the University of San Diego, where he left a PHD program due to the Iraq war Reserve call up. In Baghdad with the SEALs again in 2004, he conducted a special study for the DOD on the role of the USMC in the Special Operations Community. Upon return home he decided to focus fully on his business and family.

Mark is an accomplished martial artist with black belts in Seido and Goju Ryu Karate, a military hand to hand combat certification in SCARS and senior ranking in Saito Nijutsu. He is teacher trained in Ashtanga Yoga, and created the innovative Unbeatable Warrior Yoga program taught to his students.
After working with thousands of special ops candidates and professionals developing mental toughness, Mark self-published his first book Unbeatable Mind in 2011 and launched the at-home study program www.unbeatablemind.com. He is also the author of The Way of the SEAL published by Readers Digest and 8 Weeks to SEALFIT published by St. Martins Press.

SEALFIT is uniquely effective at developing elite level physical fitness and mental toughness. The program has helped thousands to operate at an entirely new level in their personal and professional lives, and is used by military, first responders and sheepdog-like professionals of all stripes worldwide.

Mark is a highly sought after speaker for corporations where his Unbeatable Mind program is helping to forge mental toughness among business leaders. He lives in Encinitas, CA., several blocks from the SEALFIT Training Center, the 20,000 square foot facility where he enjoys training with his family and team.

Lesser-known Fact:
Mark founded the always-packed Coronado Brewing Company, and was nicknamed Cyborg in the SEALs

About Mark's Latest Book
In The Way of the SEAL, Mark outlines exercises, meditations and focusing techniques to train your mind for mental toughness, greater intuition and inner strength. You'll learn to approach your goals in life like a SEAL approaches his or her targets--with the utmost precision and never-fail determination. Way of the SEAL will act as a practical guide for businesspeople, athletes or anyone who wants to be an elite operator in his or her life, helping you tap into 20x your current perceived ability.

About The Unbeatable Mind Program
This is the ultimate, at-home training program that guides you through the mental and physical transformation you need to attack your life like a SEAL. You'll discover what's currently holding you back, uncover your unique purpose and mission, build laser-like focus, master your mind, harden your body, and learn to perform at the highest level each day. This step-by-step monthly video coaching program features training from Mark and his team and can be taken and applied anytime, day or night, from anywhere in the world.

About Mark's Bootcamp Intensives
If you really want to take your performance to the next level without compromise, then consider attending one of Mark's live, hands-on training events at SEALFIT Encinitas, California. There, he and his team will take you through the ultimate transformation as you're pushed beyond your limits, just like SEALS are during their training. You'll arrive unsure, and leave with the confidence and know-how to get the most from every single area of your life. There are several different options, ranging from 1-day all the way to 3 week intensives.