Award-winning author, speaker and digital strategist who thrives at the intersection of comedy, technology and activism. 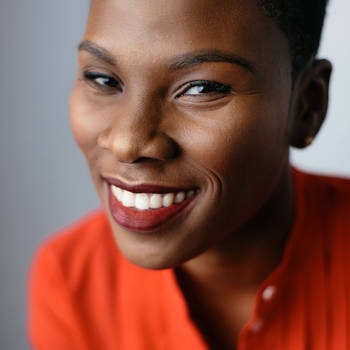 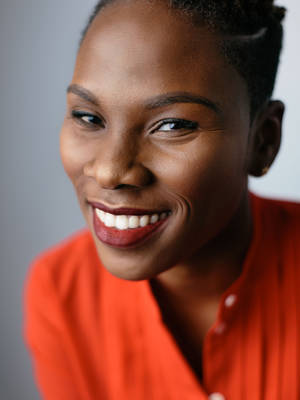 Her debut book, I'M JUDGING YOU: The Do-Better Manual, was released to critical acclaim and became an instant New York Times best-seller. It's a collection of essays that critiques our fame-obsessed, social media-centric lives, while encouraging us to do better. The book is the good, yet snarky, angel on your shoulder, in word form. Luvvie's ability to create content that make people laugh heartily while thinking critically has been honed after 15 years of blogging. AwesomelyLuvvie.com is the site where she covers all things pop culture, from TV and movies to race, politics and life's random adventures.

Luvvie recently launched Rants and Randomness, a podcast where she covers her most pressing rants, raves and faves from this crazy thing called life. Set in the same honest and funny perspective Luvvie is known for, the podcast also features interviews with some amazing guests. The podcast was chosen as "New & Noteworthy" by Apple Podcasts and is featured under their "Bold Women" banner.

She was voted as the Influencer of the Year at the Iris Awards and was chosen as a Black Innovator by XFINITY Comcast. She is a past winner of the Women's Media Center's Social Media Award for using her voice and humor to amplify issues surrounding gender, racial and social justice.

She's been on the cover of ESSENCE Magazine and has been featured by The New York Times, Good Housekeeping, Forbes, Fortune, Inc., NPR, Marie Claire, Chicago Sun-Times, Black Enterprise, The Root and more. As a writer and columnist, Luvvie has contributed to Vulture, EBONY and Uptown Magazine.

She has interviewed bosses like Oprah Winfrey, Geena Davis, Gloria Steinem and Shonda Rhimes. She has spoken on numerous notable stages in the U.S. and abroad, including The Obama White House, MAKERS Conference, Pennsylvania Conference for Women, SXSW, Social Media Week (Nigeria, South Africa), Her TEDWomen opening talk, "Getting Comfortable with Being Uncomfortable" got 1 million views in less than a month. One of her gifts is her ability to communicate grand ideas in small bytes.

With her background and love for marketing, communications and new media, Luvvie created Awesomely Techie. It's a resource site for entrepreneurs, small business owners and everyday people who want to use technology to make their work and personal lives more efficient.

The drive to leave the world better than she found it is the foundation of her work with The Red Pump Project, a nonprofit she co-founded with Karyn Brianne Lee. From March 2009 to 2018, Red Pump empowered and educated women and girls of color about HIV/AIDS. As Executive Director, Luvvie lead the national organization's work in driving conversation to decrease stigma associated with the HIV epidemic. Red Pump's work earned them a Congressional Record from the U.S. House of Representatives and Resolutions by the Illinois State Senate as well as the City Council of Chicago.

A proud Chicago girl, Luvvie enjoys laying around in her plush robe, eating a warm bowl of jollof rice in her free time.