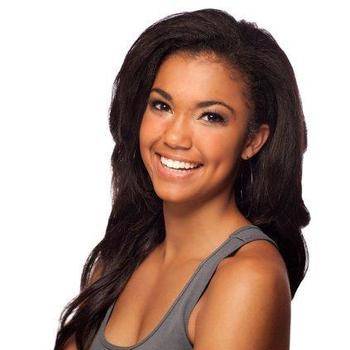 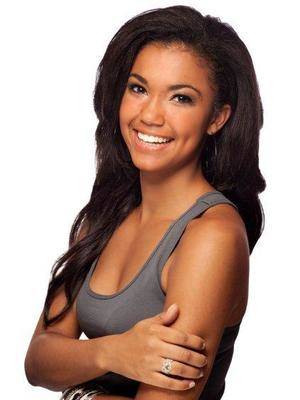 Logan West, from Connecticut, won the crown at the 2012 MISS TEEN USA Pageant on July 28, 2012 at Atlantis, Paradise Island in the Bahamas. This 18-year-old beauty is the first teen to win the title from the Nutmeg State.

Raised in Southington, Connecticut, Logan admits to being ruthlessly bullied at school beginning at the age of 12. Accused of not acting "her skin color," she experienced being punched and kicked and even had an incident where "the bully" and her friends stabbed her with umbrellas on a rainy day while waiting for the bus. For a while, Logan kept quiet until another incident caused her to be suspended from school. Deciding to turn this negative experience into a positive one, she created "Bully Proof: Empowering Children Today to Prevent Bullying Tomorrow."

Winning the title of Miss Connecticut Teen USA on October 2, 2011 enabled Logan to continue to spread her message and take her anti-bullying program throughout the state. It is estimated that she has reached nearly 20,000 students. However, Logan didn't stop there. She learned how to lobby and helped pass Act 211A in her home state, which requires school faculty to be properly trained in how to identify and manage bullying. The bill officially passed in April 2012 and in recognition for her involvement, Connecticut Governor Dannel Malloy sent Logan a proclamation.

"Being Miss Teen USA will give me the opportunity to educate students about bullying on a national level and share my story," says Logan. "It wasn't always easy, but my parents made sure that I learned how to cope with it and ensure that I didn't stay introverted. I lost who Logan was when I was being bullied, but I found that participating in pageants helped me find "her" again as well as gain the confidence to be a role model and voice for others. During my reign, I hope to share with teens the importance of being true to yourself. "

As Miss Teen USA, Logan will serve as a spokeswoman for teen issues. She will continue to reach as many teens with her anti-bullying program and will also travel nationwide as an advocate for organizations such as Best Buddies, Project Sunshine, Girl Talk, and Same Sky Trade Initiative.
A recent graduate of Greater Hartford Academy of the Arts, Logan began to dance at the age of two and cites lyrical dance as her favorite dance form. One of her dreams is to travel with the acclaimed Alvin Ailey American Dance Theater.

For the next year, she will be living in New York City attending Pace University and fulfilling her duties as Miss Teen USA. Logan is the daughter of Patricia and Michael West and has a younger sister named Sydney. Her hobbies include dancing, cooking, reading and collecting anything turtle-related.