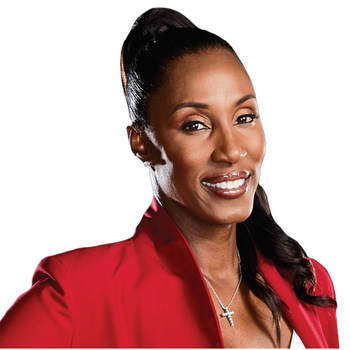 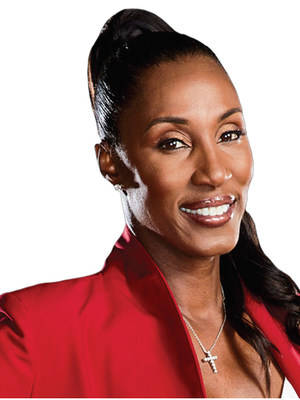 When the "face" of your sport is a Wilhelmina model, you know you're off to a good start. Lisa Leslie is undoubtedly the most recognized player of both the WNBA and Team USA, who brought considerably more than a stunning visage and statuesque body to the court. Throughout her storied career, Leslie was the absolute most dominant player in the women's game.

Leslie carried the gold-winning Team USA in 1996, 2000, 2004, and 2008. With the 2008 gold medal, she became the first team sport athlete to win four consecutive Olympic Gold Medals. In 2001, Leslie was the first WNBA player to win the regular-season MVP, the All-Star Game MVP, and the playoff MVP in the same season. That same year she also led the Los Angeles Sparks to their first WNBA Championship. In 2002, she became the WNBA all-time leading scorer, was named MVP of the regular season for the second year in a row in leading the Sparks to their first back-to-back championship, and shocked the world with the first slam-dunk in WNBA history. Leslie would go on to win her third MVP trophy of the WNBA in 2006. Leslie is the first woman to slam-dunk in a professional game. Leslie was inducted into both the Naismith Memorial Basketball Hall of Fame and the Women's Basketball Hall of Fame, in 2015.

Leslie became a commentator for ESPN in 2004 and has since been an in-studio sports analyst for ABC, Turner, Fox Sports Net, Fox Florida, and NBC. She is currently a co-host of CBS Sports' "We Need To Talk", and the reigning Coach of the Year of the BIG3. Lisa also starred in the Lionsgate film "Uncle Drew" alongside NBA superstar Kyrie Irving and NBA legends Shaquille O'Neal and Reggie Miller, released in June 2018.
Leslie authored her own book "Don't Let the Lipstick Fool You" in 2008, and in 2010 became the first WNBA player turned Co-Owner of the Los Angeles Sparks. In 2012, she both received her Masters in Business Administration from the University of Phoenix and launched the Lisa Leslie Basketball & Leadership Academy.