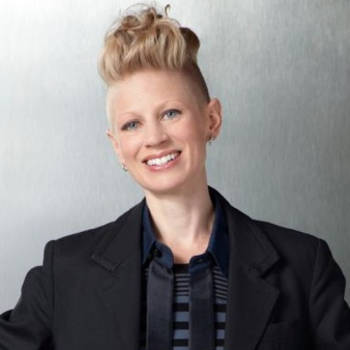 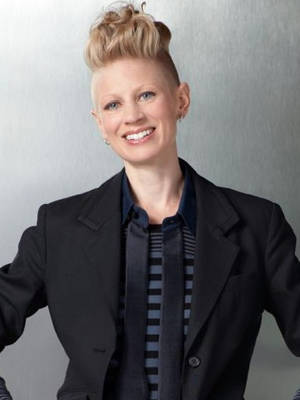 Best known as the first winner of NBC's Fashion Star, Kara Laricks designed her way to a six million dollar contract with H&M, Macy's and Saks Fifth Avenue. Before creating collections for a worldwide audience, Laricks taught fourth grade in Shawnee, Kansas as well as Mill Valley, California. As her tenth year of teaching approached, Laricks decided to follow her passion for design and leave a safe and beloved career for the world of fashion. She learned how to drape, draw, pattern and sew at the Academy of Art University in San Francisco and showed her student collection at Mercedes Benz Fashion Week in New York City. Laricks made a silent promise to herself that she would one day return to the runway under her own label - Kara Laricks.

Kara was named Outstanding Teacher of the Year during her first year of teaching in 1996. She was nominated by her student, Cara, who would be in the audience 15 years later cheering on her former teacher on the Fashion Star finale stage. Although Laricks' personal connection with students, parents and staff was undeniable, she worried that being gay could cause the loss of her career as an educator. Laricks kept quiet at school, but sought others "like herself" by starting Kansas City's first GLSEN (Gay Lesbian Straight Education Network) chapter.

In 2002, Laricks packed her bags and moved to San Francisco where she hoped to feel more comfortable as a gay teacher in the Mill Valley School District. Although Laricks did not find the ease she was seeking in the classroom, she did find the master's program in fashion design at the Academy of Art in San Francisco and earned her degree in fashion design. Enticed by the New York fashion scene, Laricks once again packed her bags and headed for the Big Apple upon completion of her degree in 2008.

Due to the economic downturn, Laricks interned without pay for months upon arrival in NYC. She was eventually hired as an assistant designer only to be laid off one year later. Never one to give up on her dream, Laricks started an accessory line by the name of Collar, Stand + Tie and sold her ties and scarves at markets throughout the city. One afternoon, while caught up on sewing, Laricks discovered a new show casting designers - NBC's Fashion Star.

Given a worldwide platform on Fashion Star, Laricks was determined to introduce her signature masculine meets feminine design aesthetic to the Fashion Star retailers (H&M, Macy's and Saks Fifth Avenue), mentors (Jessica Simpson, Elle Macpherson, Nicole Richie and John Varvatos) and viewing audience. Laricks also viewed this opportunity as her chance to become the role model she had hoped to be to her former students by being honest about her sexuality. To her surprise and delight, Laricks was met with an abundance of positive feedback both with regards to her design ability and her personal honesty.

To date, Kara has "made good" on the promise to herself and her label, Kara Laricks, is currently sold in Saks Fifth Avenue. Laricks spends her days designing, learning and cherishing opportunities to share her story with audiences across the country. Kara delivers her motivational message with warmth and humor and takes every chance to connect with her audience. Told with wit and honesty, Kara's story is one of dedication, perseverance and a belief that honoring true passion leads to freedom and the desire to encourage others to do the same