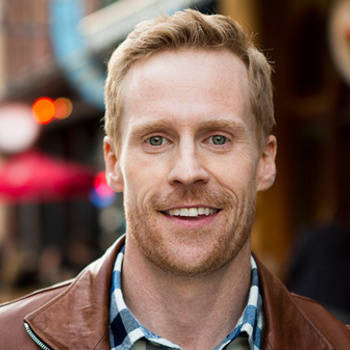 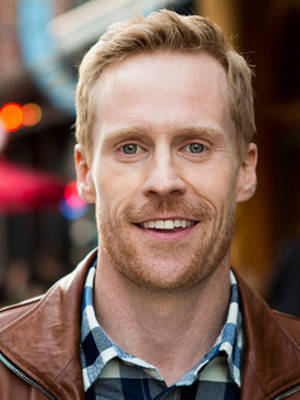 Jon Montgomery's life has been a whirlwind since his Olympic win in skeleton, his big-time podium moment to get the gold medal, and his now-famous victory walk through Whistler Village. But he's about more than just the frosty, golden beer that gave him instant folk-hero status with so many people from coast-to-coast-to-coast.
His inspirational presentations help capture that sense of imagination as to what's possible when you infuse passion with confidence. Jon welcomes the opportunity to get together with corporate audiences, maybe auction off something sentimental for your charity, or engage your employees with stories of a young guy from the prairies who reminded us all that it's alright to be proudly Canadian and celebrate the good times.

From an appearance on Oprah, to the overwhelming homecoming in Russell, Manitoba and a presentation at the JUNO Awards -- where he auctioned off teen-idol Justin Bieber's cell number on the streets of St. John's -- Jon has been sharing his Olympic success and national pride with as many Canadians as possible.

Today, as the host of The Amazing Race Canada, he's been across the country and all over the world sharing his insights on what makes Canada great on the top television show in the country.

In 2016, Jon added another first to his growing resume as the co-host of the JUNO Awards with eight-time recipient Jann Arden. And, the hard work of hosting The Amazing Race Canada paid off when he received the 2016 Canadian Screen Award for Best Host of a Reality TV Series. On stage, Jon brings an energy like no other.