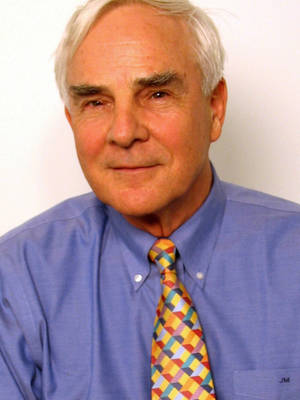 John Merrow began his career as an education reporter with National Public Radio with the weekly series, Options in Education, for which he received the George Polk Award in 1982. For over four decades, he served as Education Correspondent for PBS NewsHour and host of his own documentary PBS series, The Merrow Report.

His varied reporting was on the forefront of education journalism: He was the first NPR reporter to gain entrance to the People's Republic of China (1976); the first to videotape the college admission process (Williams College, 1985), and the initial force in exposing the illicit financial relationship between CHADD, a child advocacy group, and Ciba-Geigy, the pharmaceutical company that produces the A.D.D. drug Ritalin (1996). Merrow's work took him to all 50 states and a half dozen countries, from community colleges to kindergarten classrooms, from the front lines of teacher protests to policy debates on Capitol Hill. At the time of his retirement in late 2015, Merrow was the only reporter to have interviewed every U.S. Secretary of Education.

For his reporting, he received two George Foster Peabody Awards, the George Polk Award, Emmy nominations in 1984, 2005, and 2007, four CINE Golden Eagles, and numerous awards from the Education Writers Association. he is the author of Addicted to Reform: A 12-Step Program to Rescue Public Education (2017); The Influence of Teachers (2011); Choosing Excellence (2001), and co-editor of Declining by Degrees (2005). John Merrow also maintains a weekly blog, themerrowreport.com.

Merrow earned a B.A. from Dartmouth College, an M.A. in American Studies from Indiana University, and a doctorate in Education and Social Policy from the Harvard Graduate School of Education. He received the McGraw Prize in Education in 2012, a Lifetime Achievement Award From the Academy Of Education Arts And Sciences in 2012, the James L. Fisher Award for Distinguished Service to Education in 2000, the HGSE Alumni Council Award for Outstanding Contributions to Education in 2006, The Horace Dutton Taft Medal in 2010, and honorary doctorates from Richard Stockton College (NJ) and Paul Smith's College (NY).

He lives in New York City with his wife, Joan Lonergan.