Vice Chairman of the First Data Board of Directors, Former CEO of Citibank North America, One of the Most Influential People in Finance 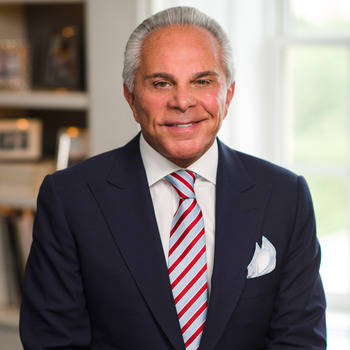 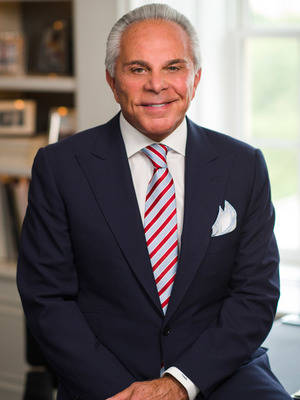 Since joining First Data, Plumeri has played a pivotal role in the company's transformation from a transaction processor to a payments technology company and solutions provider to merchants and financial institutions. He has spearheaded company-wide efforts to become more client-centric, including realigning how the company delivers solutions to and serves its global and strategic accounts, national merchants and enterprise clients, financial institutions, small business clients, bank partners and agents and ISO clients. Creating a superior client experience is part of this effort to better serve clients, build stronger relationships that foster business growth for clients, and deliver innovative solutions, including the Clover Station, a transformational point-of-sale solution for small and medium sized businesses.

Prior to joining First Data, Plumeri served as chairman and Chief Executive Officer of Willis Group Holdings plc. Under his leadership, Willis strengthened its position as one of the world's leading insurance brokers through sector-leading organic growth and operating margins, strategic expansion, a dedication to transparency and passionate client service.

Appointed to lead Willis in 2000, Plumeri returned the company, which was privately held by Kohlberg Kravis Roberts (KKR), to public ownership in 2001. When he assumed leadership of Willis, the company's share price was $3, rising to $43 when he stepped down as chairman in 2013. Among Plumeri's notable milestones while at Willis, in addition to the extraordinary return to shareholders, was his public leadership against conflicts of interest in the insurance industry. He also spearheaded Willis' $2.1 billion acquisition of Hilb Rogal & Hobbs (HRH) in 2009, which was one of the largest transactions in the insurance industry in the last decade, and drove the deal to rename the Sears Tower as Willis Tower, then the tallest building in the Western Hemisphere.

Before joining Willis, Plumeri had a 32-year career at Citigroup and its predecessor companies. As CEO of Citibank North America, he led the integration of the consumer businesses at Citicorp and Travelers Group. He also served as chairman and CEO of Travelers Primerica Financial Services, vice chairman of the Travelers Group, and president and managing partner of Shearson Lehman Brothers.

A widely admired leader in the insurance industry, Plumeri was named to Treasury & Risk magazine's list of "100 Most Influential People in Finance" in 2009 and 2010. He was also recognized by St. John's University School of Risk Management as Insurance Leader of the Year in 2006.

Plumeri's generous philanthropy over the decades has drawn many accolades, including appointment as the Grand Marshal of the 2011 Columbus Day Parade by the Columbus Citizen's Foundation. Plumeri also serves on the boards of the National Center on Addiction and Substance Abuse; Mount Sinai Medical Center; the Jackie Robinson Foundation; and the Churchill Museum at the Cabinet Ward Rooms in London.

In 2015 Plumeri published his first book, a national best seller, The Power of Being Yourself: A Game Plan for Success - by Putting Passion into Your Life and Work. In his book, based on his life experiences, Plumeri offers simple yet profound guidance on how to stay positive, motivate yourself and others and, achieve success in your life and work. All of the author's proceeds from will be donated to the Make-a-Wish Foundation and the Center on Addiction and Substance Abuse at Columbia University.

Born in Trenton, N.J., Plumeri received his Bachelor of Arts in history and education from the College of William and Mary and attended New York Law School. In 2011, William and Mary awarded him an Honorary Doctorate of Public Service in honor of his philanthropic endeavors, where Plumeri delivered a speech to the 2011 graduates, titled "Go Play in Traffic (and Follow the Signs Along the Road)," that was recognized as one of the best commencement addresses of the year by the New York Times.