Member of the Baseball Hall of Fame, Broadcaster for the Baltimore Orioles & Corporate Spokesperson 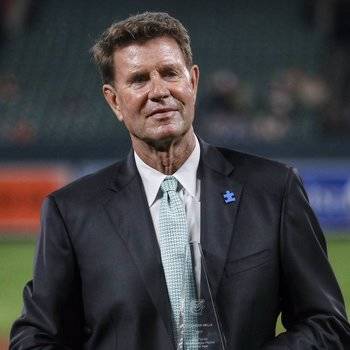 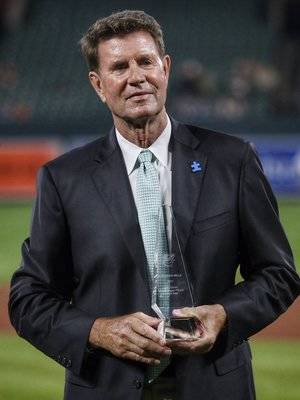 A powerful persona in the sports field, Jim Palmer maintains a strong presence off the playing field as well as through a variety of business, charity and personal interests. Regarded by news reporters and television broadcasters as the "perfect gentleman", Jim personifies integrity, perseverance and excellence.

The most successful and best-known pitcher in Baltimore Orioles history, Jim Palmer was born October 14, 1945 in New York. He was adopted at birth and his adoptive father passed away when he was only nine years old. Shortly thereafter, his mother moved the family from New York to California. In 1960 she remarried and the family moved to Scottsdale, Arizona where Jim attended high school.

Jim Palmer was a tremendous athlete in school and earned All-State honors in three different sports (baseball, football and basketball). On the diamond, he was a slugger with a .483 batting average. On the gridiron, he had a four- touchdown reception performance and on the hardwood, he averaged 25 points a game to lead the state of Arizona in scoring his senior year. Although offered a scholarship to UCLA to play basketball, Jim signed with the Baltimore Orioles in 1963 as a free agent.

In 1966, Jim Palmer became the youngest player ever to pitch a shutout in the World Series. He is also recognized as being the only pitcher in history to win a World Series game in three different decades. During his 20-year career, spent entirely with Baltimore, Palmer recorded 268 'wins', a .638 winning percentage, eight 20-win seasons, and a 2.86 earned run average. Jim Palmer pitched his entire career without ever allowing a grand slam, was a six time American League All Star, and was a three time Cy Young Award winner, joining Sandy Koufax, Tom Seaver, Steve Carlton, Roger Clemens, and Greg Maddux as the only pitchers to have won the award that many times. He set numerous club records including wins, complete games, strikeouts, walks and shutouts.

Jim Palmer retired from the Orioles in 1984 but "retirement", in the true sense, was not one of the options he considered. He began building a very successful career as a broadcaster for ABC, ESPN HTS, and local Baltimore stations and has been highly acclaimed by viewers for being "bright, opinionated, articulate", "having a sense of humor", and a "tenacious memory" for the details of the game. Jim Palmer continues his role as the "voice of the Orioles", as the analyst for O's TV broadcasts on the team's television network and on Comcast Sports Net. He has been with the team for 44 years.