Legendary Baseball Player; Led Team USA to a Gold Medal in the 1988 Olympics 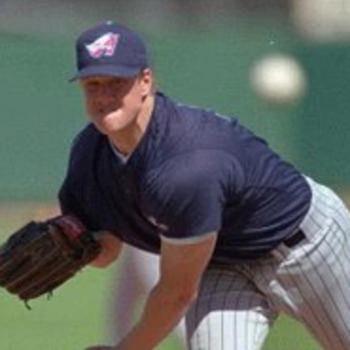 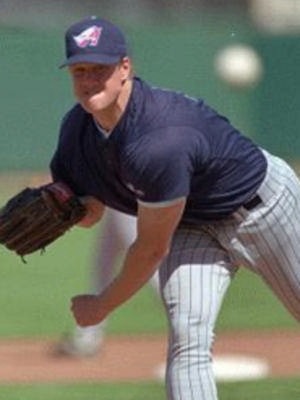 As a member of Team USA in 1987, Jim Abbott became the first American pitcher in 25 years to beat a Cuban team on Cuban soil. The team won a silver medal at the Pan-American Games and Abbott won the U. S. Baseball Federation's Golden Spikes award as the best amateur player in the country. In 1987 Abbott was the first baseball player to win the Sullivan Award as the nation's outstanding amateur athlete. In the 1988 Olympics, Abbott was the winning pitcher in a 5-3 victory over Japan that brought the U.S. its first gold medal in baseball.

Abbott went directly from the University of Michigan to the Angels' starting rotation in the spring of 1989 without spending a day in the minor leagues. Many considered the move a publicity stunt, but after struggling early, Jim Abbott proved his doubters wrong by winning 12 games with a 3.92 ERA in his rookie season. On the mound, Abbott wore a right-hander's fielder's glove over the stump at the end of his right arm. While completing his follow-through after delivering a pitch, he rapidly switched the glove to his left hand so he could handle any balls hit back to him.

In 1991 he looked like one of the best young left-handers in the game after winning 18 games for the Angels while posting a 2.89 ERA. He was traded to the Yankees in December 1992 and in the heat of the pennant race tossed a 4-0 no-hitter against Cleveland.

The Yankees traded Abbott to the Chicago White Sox early in 1995 and he returned to the Angels in mid-season. He became suddenly ineffective in 1996, losing 11 straight games and finishing with a 2-18 record. Jim Abbott then retired for a season, but came back to try again with the White Sox in 1998.

Southpaw Jim Abbott was born without a right hand. He spent hours as a youngster bouncing a ball off a wall to practice fielding as well as throwing. Instead of looking at what he did not have, Abbott's fathers helped him finds ways to win. Abbott was the starting quarterback on his high school football team, which went to the finals of the Michigan state championship. He showed enough promise as a pitcher to be drafted by the Toronto Blue Jays shortly after graduation, but he went to University of Michigan instead on a baseball scholarship. Jim Abbott had a career record of 26 wins and 8 losses at the school.