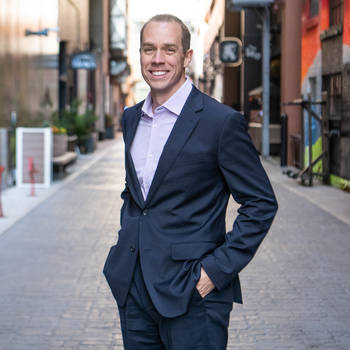 Because Improving Your Business Doesn’t Have To Be Boring!

Ah, crisis. It’s a fun word to say, but that’s the only fun thing about it. Crisis brings massive uncertainty, and we generally don’t deal well with that. Besides, crises often bring the potential for something significantly negative without offering the potential for something positive. We call it risk when things might end well but could end up being fantastic; we call it crisis when the best we can hope for is that things don’t end up as bad as they could be.

Nobody likes crises. But since the world doesn’t care what we like, they do crop up from time to time. How are we supposed to deal with them? Is there a way to know how to proceed when everything seems to be spiraling out of control?

Well, let’s look at how to approach your next crisis by analyzing one that’s on just about everybody’s mind right now – the outbreak of the coronavirus.

Before we discuss the global response to this new disease, let’s look at how it compares against the flu, which all of us are familiar with and which is the disease most similar to this newer and less-well-known one.

First off, the facts, courtesy of John Hopkins:

Now, let’s look at the effect of each illness:

And finally, let’s look at the global response to each disease:

There is no question that the coronavirus has caused a crisis. The question is, are we responding to that crisis in an intelligent fashion?

And in order to answer that question, we need to ask a few more. The questions that follow can be applied to any crisis you might be experiencing and should help you determine how to respond.

Is there a parallel to the crisis we are currently experiencing?

In this case, the answer is yes. We have been through disease epidemics before, and the flu provides a good comparison. If this answer is no, then the rest of these questions are difficult or impossible to answer intelligently. Fortunately, the answer to this question is rarely no.

How severe was the parallel crisis?

The worst flu epidemic in history occurred during 1917-1918. It is estimated to have affected almost 500 million people (30-35% of the world population at the time) and led to 20-50 million deaths (4-10% of those infected). Subsequent flu epidemics (in 1957-1958 and 1968-1969) were also severe although significantly less so, presumably because of improvements in medicine and sanitation as well as an increased immunity in the surviving population.

How did the parallel crisis end?

In this case, it ended the way flu epidemics always end – when warm weather arrived. Flu epidemics rarely last longer than a year even in cold climates, however, because eventually the general population experiences one of three conditions: avoids the illness entirely; gets sick and then recovers, or gets sick and dies.

Does the current crisis have the potential to compare to previous crises?

Is the current crisis currently as bad as previous crises?

The answer here is an unqualified no. Even a mild flu season is deadlier by far than what we have seen with the coronavirus. So while there might be the potential for the coronavirus to become as severe an epidemic as the 1917-1918 influenza, we aren’t there yet. Not even close.

Do we have the tools to handle the current crisis?

The answer is mostly yes. Although a vaccine is not available yet, doctors are already experimenting with potential vaccines. As mentioned earlier, medical treatment and sanitation standards are significantly better today than they were 100 years ago. Our bodies have already developed immune defenses against four other strains of coronavirus, which can only help in fighting this newer version. And winter is coming to an end, which will bring the warmer weather that historically has always brought an end to cold and flu season.

Put all these questions together, and a more coherent picture of how to proceed through any crisis begins to emerge. In the case of the coronavirus, it certainly makes sense to work toward a vaccine and be aware that it could become a serious problem – but the current reality of the situation does not seem to merit the level of hysteria and disruption that we are presently experiencing. Might panic be warranted in the future if things get worse? Absolutely. But does it make sense to shutter a factory or change your travel plans over something that might happen? Does it make sense to cancel plans 9 months from now because of a crisis that you have reason to believe will be resolved in 4 months? Does it make sense to react more strongly to the possibility of getting the coronavirus than the flu? Not necessarily.

I’m not trying to suggest that there’s one right way to handle a crisis. The point I’m trying to make is that there is a method you can use to approach how to analyze your next crisis, and doing so will help you develop a more thorough, more intelligent, and more reasoned response to it than simply running around with your head cut off.

So the next time you lose a major customer or somebody starts spreading unfounded rumors about you online, look at similar instances in your past and figure out how bad those crises actually were and how you got through them. My guess is that what worked then will work now, and I also think that realizing you’ve survived similar crises already will help convince you that you can survive this new one as well.

Want Jeff Havens for your next event?

4 Ways to Use Self Promotion Without Looking Like a Turd

December 16, 2014
I'd like to begin this article with the simple observation. I love the fact that I ...
Read more

4 Ways to Use Self Promotion Without Looking Like a Turd

I'd like to begin this article with the simple observation. I love the fact that I used the word 'turd' in the headline and you have chosen to read this. You are an amazing person. That is all. Anyway, self promotion is a part of life. Any time we try to sell something we selectively highlight its good qualities and ignore or downplay its defic...
Read More