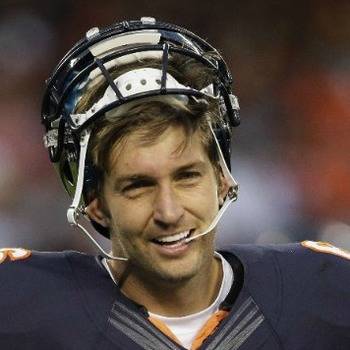 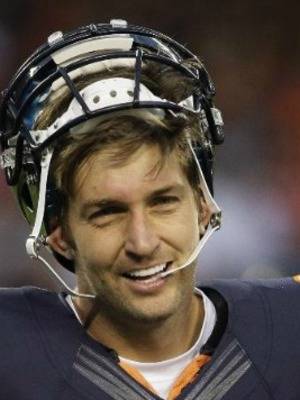 Jay Cutler was born on April 29, 1983 in Santa Claus, Indiana. He attended Heritage Hill High School in Lincoln City, Indiana where he started as quarterback for the football team 3 out of the 4 years he was there. During his junior and senior seasons, he led his team to a 26-1 record. It was in Cutler's final year at Heritage Hill that his team played a perfect season with a 15-0 record, and proceeded to take the school's first championship in an overtime win over Zionsville. Cutler and his fellow teammates outscored opponents 746-85, including a 90-0 route against Pike Central.

Following his high school career, Cutler attended Vanderbilt University and started all 45 games as quarterback. In 2002, he set the school record for most touchdowns and most rushing yards by a freshman, earning him first-team freshman All-SEC honors. As a junior he set another school record for completing 61% of his passes, and as a senior in 2005 Cutler soared to an entirely new level. Starting 11 games, he passed for 3,073 yards, 21 touchdowns, and maintained a completion percentage of 59.1. He was the first player at Vanderbilt to win the SEC Offensive Player of the Year since Bob Goodridge in 1967. He was a three-time captain and a four-year starter for the Commodores. He set school records for total offense (9,953 yards), touchdown passes (59), pass yards (8,697), pass completions (710), and pass attempts (1,242). Cutler graduated from Vanderbilt with a bachelor's degree in human and organizational development in 2005.

On December 17, 2006 he finally tasted NFL victory with a 37-20 win over the Arizona Cardinals. He finished the game with a passing record of 21 completions out of 31 attempts for a total of 261 yards, 2 touchdowns, 1 interception, and quarterback ranking of 101.7 (the highest single-game rating for a rookie since John Elway in 1983). Cutler played in 5 games during his rookie season with the Denver Broncos, and ended it with 1,001 pass yards, 9 touchdowns, and 5 interceptions. In 2007 he saw his first full season but fell short of the playoffs with a 7-9 record.

On May 1, 2008 Jay Cutler revealed that he had been diagnosed with type 1 diabetes and would need daily insulin shots for treatment. Today while fighting to keep his team above .500 in the AFC West, Cutler does volunteer work for mentally challenged young people through Vanderbilt's "Best Buddies" program, works with the Denver based organization "Dedicated to Diabetes" to improve public knowledge, and in this past offseason he started the "Jay Cutler Foundation" which partnered with Mile High United Way's "Youth Success Initiative" to help at-risk youth graduate high school.

In April 2009, Cutler returned to his Midwest roots after being traded by the Broncos to the Chicago Bears.