US and global economic forecasts that inform, educate and entertain 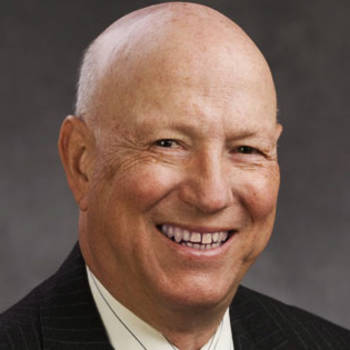 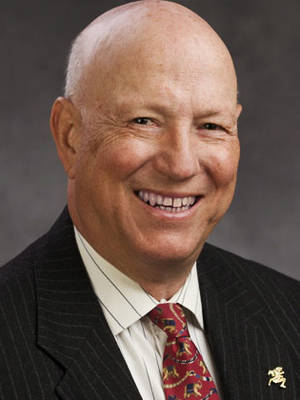 A funny and energetic speaker, Jim has a flair for making economics comprehensible and interesting to a wide range of audiences.

As an economic forecaster, Dr. Smith tells his audiences where he thinks the U.S. and/or global economy is today and where it is going in the next few quarters or few years. He always uses lots of data to back up his opinions, lets people know what other forecasters are saying, too, and does it all with good humor and wit. His audiences always enjoy his presentations and repeatedly make comments like, "If I had an economics professor like you in college I would have taken more econ courses!"

One of a hundred or so economic forecasters in the country who participates in forecasting panels, James F. Smith is on the forecast panels of The Wall Street Journal, USA Today, Bloomberg News and Business Week. He is regularly quoted in print media, both large and small, around the world and has appeared on a variety of business news shows, most recently on Kudlow and Company. He is usually known for being relatively optimistic about the U.S. economy, but he doesn't shy away from telling his audiences that bad news is coming when he thinks it is.

Jim is a uniquely qualified economist with career experience in multiple fields: academic, consulting, government, manufacturing, real estate and retail. His speeches are always up-to-the-minute and designed for each specific audience. He truly never gives the same speech twice!

As a forecaster, Jim has been named "best forecaster" by The Wall Street Journal three times, more than any other panelist. He is an active economist and forecaster, and has served his profession as past president and Fellow of the National Association for Business Economics, co-founder and past president of the National Business Economic Issues Council and one of two Americans elected as a co-chair of the European Council of Economists. He currently is one of five Advisory Board members for that group.

Dr. Smith is Chief Economist for Parsec Financial Management, Inc, in Asheville, NC, Professor of the Practice at the Institute for the Economy and the Future at Western Carolina University and a Senior Fellow and Director of the Center for Business Forecasting at the Kenan Institute of Private Enterprise at The University of North Carolina. During a 30-year career, he has been an economist and analyst at the Federal Reserve Board; the National Association of REALTORS ; Sears, Roebuck and Co.; Society of Industrial and Office REALTORS (SIOR); Union Carbide Corporation; the University of Texas at Austin; and Wharton ?Econometric Forecasting Associates (now Global Insight).