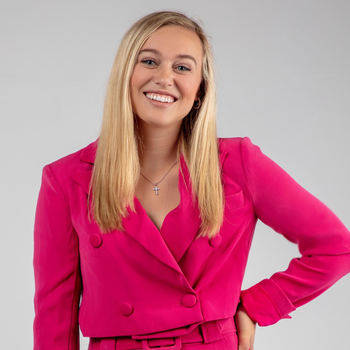 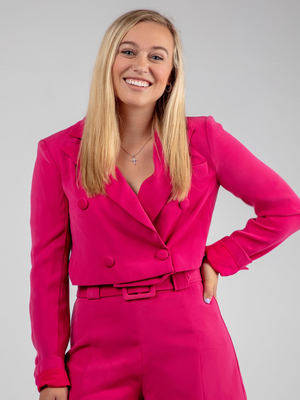 Isabel Brown is a Gen Z conservative voice with degrees from Colorado State University and Georgetown University. Growing up in Colorado, she pursued a degree in Biomedical Sciences at Colorado State University and fell in love with Turning Point USA as a student activist, sharing the conservative voice on her college campus. During her college years, she had the unique opportunities to intern for the United States Senate and the White House for the Trump Administration. After graduating from CSU and Georgetown, Isabel was hired to serve as a spokesperson for Turning Point USA. Today, she is the host of a daily show with TPUSA Productions, Freedom Seeds, regularly appearing and writing for other videos as well.

Isabel is the author of Frontlines: Finding My Voice on an American College Campus, an Amazon bestseller, sharing the reality from the heart of our nation's culture war--our college campuses. She speaks regularly on campuses nationwide and to other organizations working to preserve American culture. She is a regular face on national and international television networks, including Fox News, Newsmax, Sky News, One America News, Bold TV, Newsy and more. Isabel is no stranger to print media either, and was featured in 2019 on the cover of Newsweek magazine sporting a MAGA hat expressing Gen Z's support for President Trump! Isabel has also produced content with PragerU, is a Senior Ambassador with Students for Life, and has her own apparel line.

Today, Isabel lives in Phoenix, Arizona with her Corgi puppy, Liberty. She is an avid outdoorsman, and loves hiking, fly fishing, skiing--you name it! She loves seeing so many beautiful places across America thanks to public speaking and says she is "living her American Dream" every day.