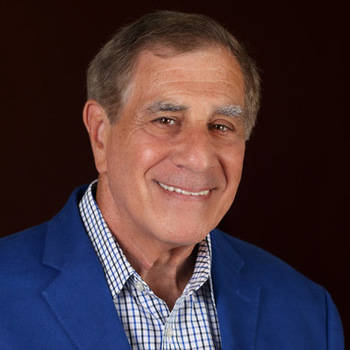 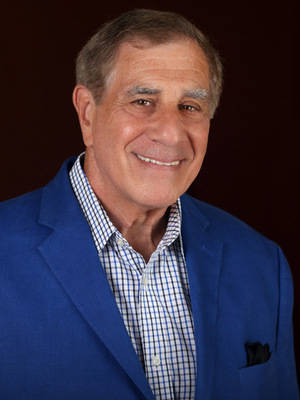 Ira Blumenthal collects quotations. One of his favorites is "The true measure of a man is how many lives he can jam into one lifetime " Ira has certainly jammed many lives into his productive, successful life. From college football and lacrosse coach to business executive from consultant to talk show host from university professor to public speaker from author to philanthropist and more lots of lives here diverse, distinctive and dynamic.

He is respected as a subject matter expert on helping corporations, associations and individuals create a brighter future in the midst of changes, challenges, even chaos. His customizable speech title says it all Your Best is Next!

After serving as the CMO of a division of Sara Lee, then the President of a $300-million food company, Ira founded and presided over CO-OPPORTUNITIES, an Atlanta based consulting company that advised companies such as Nestle, Tyson, Kroger, Harrah's, American Airlines, Disney, United Artists, Exxon, Walmart and more. Noteworthy, Ira is the single longest continually retained consultant in the 134-year history of the Coca-Cola Company as a lead consultant for 26 years. He is the recipient of the highest honor in the food industry, "The Key Person Award." His expertise? Branding, Change Management, Strategic Alliances and Business Development.

Having published over 200 magazine articles and three books, "Ready, Blame, Fire!" (Myths and Misses in Marketing) "Managing Brand You" (best seller) and "Your Best Is Next" Ira is a respected author who received "The George Washington Honor Medal for Literary Excellence" (Freedoms Foundation). Ira has been featured and quoted in media such as CNN, The Wall Street Journal, People Magazine, BrandWeek, USA Today and more.

He has hosted a radio talk show ("Success Talk") served as a visiting professor (Michigan State University, the University of Notre Dame, Kennesaw State University, etc.) was the "Executive In Residence" at Georgia State University presided over a foundation (Ted Turner's "Captain Planet Foundation") is on the board of Blaze, The Legacy Paralympic Organization and with his friend, Steven Tyler (Aerosmith), co-founded and serves on the Executive Council of Janie's Fund, an organization that raises money for programs for "at risk" and "abused" girls."

Delivering over 2500 speeches on 5 continents as well as serving as the "opener" for the likes of both President Bushes, General Colin Powell, Mikhail Gorbachev, Henry Kissinger, Lech Walesa, Cal Ripken Jr., Tommy Lasorda and others Ira is a high-energy, high-content, passionate public speaker with a motivational flair. He customizes his speeches which are both onstage (live) and online (virtual). As well as serving as a speaker, Ira is a dynamic emcee and panel moderator. From Australia, Brazil, Canada, Dubai, England, France and throughout the U.S., Ira is a respected, profound thought leader.

On a personal note, Ira is a tireless community activist and youth sports coach (with a state and national championship to his credit). Ira was both a member of a collegiate national championship team and a "World Cup" athlete as well as a college Football and Lacrosse Coach (1974 US "Coach of the Year"). Originally from New York, Ira lives in Atlanta with his bride of 39 years, Kim. He is the father of 5 children and has 10 grandchildren. Another of Ira's favorite quotations is Mark Twain's "The two most important days in your life are the day you were born and the day you found out why " Renaissance Man, Ira Blumenthal, surely found out his why.