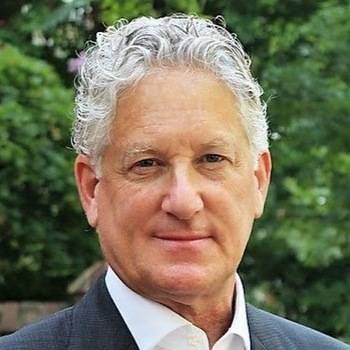 The World Trade Organization’s (WTO’s) striking announcement in July that the incidence of trade-restrictive measures imposed by G-20 governments remains at historical highs, punctuated the sober landscape of international commerce to which we have sadly become accustomed over the past 2½ years. If history is any guide, such policies do not bode well for continued economic growth. It is surely not a stance one expects from the world’s most advanced countries.

Remarkably, to many, the African states are now the global vanguards for breaking down trade barriers. On almost the same day as the issuance of theWTO report, 54 of the 55 countries on the African continent that comprise the African Union became signatories of the new African Continental Free Trade Agreement (AfCFTA), with ratification already completed by the parliaments of 27 states. Once fully implemented, AfCFTA is estimated to embody a combined GDP of US$2.5 trillion and a population of over one billion, 60 percent of whom are below the age of 25.

The full implementation of AfCFTA will require Herculean efforts for the completion of all facets of the negotiations by the target date of July 1, 2020, including development of robust rules for enforcement as well as mechanisms to facilitate and ease the economic adjustment of businesses and the social costs of the dislocation of workers inevitably engendered by trade liberalization.

Much is at stake here. AfCFTA offers the first genuine ray of hope for sustained growth of a large number of countries whose development has long been cursed. Compounding that is many foreign investors, especially those based in advanced countries, tend to overestimate the risks of doing business in Africa while underestimating the opportunities. As someone who has spent a fair amount of time on the ground engaged in business matters in quite a number of African countries over the last decade, I often refer to Africa as “the continent of economic misperceptions.”

The maladies plaguing the African continent is a confluence of factors: harsh climate- and weather-related catastrophes that result in famines, floods and other natural disasters; inadequate and underperforming healthcare and educational systems; sharp ethnic rivalries that engender civil wars and propagate havens for terrorist movements to take root; and the vestiges of ruinous colonial dictates that enable populations to give life to rulers who refuse to stand down.

While those afflictions can—at least in theory—be managed if not mitigated, Africa’s economic prospects are weighed down by an even more fundamental misfortune that is unalterable: it’s a continent comprised of a large number of small-sized states, and many nations that are landlocked.

Small geographies constrain realization of economies of scale, and lack of access to waterways, especially oceans or bodies of water that spill into them, means not only must countries depend on neighbors to sell exports or buy imports, but overland shipping is far more expensive than transit over water.

The usual approach to address these God-given structural handicaps, which, of course, are found in other regions of the world, though nowhere as extreme as in Africa, is for neighboring countries to band together and jointly establish common trade and investment policies that create synthetically large markets and open up transit channels to more readily access global markets. To this end, trade integration has long been seen by African policy makers as a mechanism for raising potential growth and reducing poverty on the continent. Decades ago, steps were taken towards market integration by creating eight clusters of Regional Economic Communities (RECs). However, the initiatives have been making only limited progress. Why? Because many countries on the continent are members of more than one REC, resulting in a patchwork of rules and overlapping institutions.

Indeed, in a large quantitative survey of operational decisions taken by businesses of varying nationalities located on the continent that I undertook at the firm-level across a number of African countries several years ago, the vast majority of responses indicated that most of the RECs were often more of a hindrance than an incentive to achieve cross-country investment economies of scale, regionally-based supply chains, and stepped up export and import transactions outside the continent.

At its root, two of AfCFTA’s primary objectives are to redress these design flaws and not only establish the world’s second largest unified free trade area, thus creating a huge internal market from which economies of scale can be exploited, but also foster the African continent’s economic integration into the global marketplace.

There is no question that these are ambitious goals to achieve in light of the considerable number of economic, structural, and institutional challenges ingrained into the continent. It thus would be a mistake to think attaining them will come easily or quickly. Nevertheless, the promise of AfCFTA is it can provide a potent vehicle and a systematic framework to address many of these constraints at the same time through the use of collective and mutual reinforcing incentives.

What are the most significant challenges that AfCFTA can help overcome?

First, the vast majority of Africa’s exports to the rest of the world are commodities—and often unprocessed ones at that. In other words, the location where value is extracted from raw commodities—say the refining or smelting of bauxite into aluminum products—the real source of profits, often takes place abroad rather than on the continent.

The flipside of the domination by commodities in Africa’s external trade is that the continent has limited manufacturing activities. This is not to say that in recent years there hasn’t been rapid growth of manufacturing firms in Africa—most notably in agro-processing, clothing, footwear, software, auto components, chemicals, and light machinery. But the scale and diversity of such processes are considerably less extensive than elsewhere in the world and they are also relatively geographically concentrated—largely in the Eastern and Southern portions of the continent, and in pockets of a few countries in the West.

Second, 80% of African businesses are locally based small and medium enterprises. This produces an anomalous pattern of trade flows. Only slightly over 15% of the average African country’s exports are sold in other African states. Put differently, on average about 85% of exports from African economies are sold outside the continent. These relative magnitudes are almost the opposite of what occurs in most other continents across the globe.

Third, most African countries tend to have, compared to global standards, high statutory tariff rates. These make African imports—regardless of whether the goods come from other African states or from outside the continent—relatively expensive for the businesses and consumers on the continent that purchase them. The continental average of all African countries’ weighted average applied tariff rate is 8.7%, with Djibouti having the highest at 17.6%. (The comparable average rates for China, the E.U., and the U.S. are 3.5%, 2.0% and 1.7%, respectively.)

Fourth, far more pernicious as a chokehold on Africa’s internal trade flows than its tariffs are the continent’s pervasive non-tariff barriers (NTBs). These arise on a number of fronts—both formal and informal. The most visible NTBs stem from national differences in official regulatory regimes, such as variation in labelling requirements for identical products sold in differing African countries or lack of uniformity in licensing protocols to engage in the same professional services in neighboring countries within the continent.

Finally, there is not cost-effective infrastructure—whether in terms of transport, power or communications—in place to get goods and services to market at competitive rates. For example, there are instances on the continent where, because of variation in railway gauges across countries, it is necessary to off-load shipments at the border and put them either on different rail cars or on trucks to get them to their final destination. It is well known that the average cost of shipping a product from, say, Johannesburg to Kigali can be a multiple of the expense of shipping the same good from Johannesburg to Beijing. This long-standing, highly visible continent-wide “infrastructure gap”, which exists not only within but also across Africa’s countries, is arguably the largest “public good” for which AfCFTA can engender the necessary incentives to rectify.

If AfCFTA can help alleviate these constraints and foster greater trade flows, it has the potential to raise Africa’s low productivity, generate greater investment, and thus spur an increase in income and reduce poverty. To this end, the agreement commits countries to eliminate tariffs on 90 percent of goods, with the remaining 10 percent of tariffs that apply to "sensitive items" to be phased in over time. It also would reduce NTBs and liberalize trade and investment in the services sectors.

The consensus of projections of the effects of AfCFTA is that once fully implemented it would increase intra-African trade of goods and services as much as one-third, with most of the near term growth in trade taking place in manufacturing. Indeed, Africa’s manufacturing sector is thought to be able to double in size and create 13-16 million new jobs under AfCFTA.

As to the total welfare gains generated by the reduction of tariffs and NTBs, the IMF estimates that AfCFTA will produce an increase in economic welfare for the continent as a whole of between 2% and 4% percent, depending on how quickly and extensively trade liberalization takes place. Importantly, most projections of AfCFTA’s effects indicate that the largest benefits will stem from the reduction in NTBs.

Needless to say, relieving NTB’s in particular will be the toughest goal to achieve since, as is the case worldwide, domestic (in-country) vested interests will have strong incentives to resist unless they can be persuaded otherwise that on net they will gain from the policy changes. This is perhaps the most critical roadblock that Africa’s leadership faces in realizing the potential of AfCFTA. Unless adequate financial and other resources are provisioned within the agreement itself to ease the pain for the dislocation of businesses and workers that always accompanies liberalization of trade regimes and facilitate their transition to other activities, the promise of AfCFTA will surely be diminished.

AfCFTA will not remedy all of Africa’s deepest problems. But it could well be an economic game-changer for the continent.

Harry G. Broadman is a Partner, Managing Director and Chair of the Emerging Markets Practice at the Berkeley Research Group LLC, a global expert witness consultancy, where he focuses on international trade and investment disputes and arbitration; antitrust litigation; CFIUS-related matters; FCPA cases; and corporate governance. He is also on the faculty of Johns Hopkins University. He serves as an independent director on several corporate boards and is a Board Governance Fellow and Master Workshop Faculty Member at the National Association of Corporate Directors (NACD). He has worked at PwC; in the private equity industry; the RAND Corporation; and the World Bank. Earlier he was United States Assistant Trade Representative; Chief of Staff of the President’s Council of Economic Advisers; and a faculty member at Harvard University.

Want Harry Broadman for your next event?

Corporate Boards' Oversight Of Cyber Risks Is Too Passive

November 28, 2018
Many corporate boards have made significant progress about understanding the ...
Read more

The World Trade Organization's (WTO's) striking announcement in July that the incidence of trade-restrictive measures imposed by G-20 governments remains at historical highs, punctuated the sober landscape of international commerce to which we have sadly become accustomed over the past 2½ years. If history is any guide, such policies do not ...
Read More

Throughout much of the past century the U.S. was a forceful, if not incessant voice in global fora of the belief that the more liberalized a country's regulatory regime towards foreign investment, the stronger the prospects for economic growth, job creation and productivity. Washington largely walked the talk: U.S. policy towards inbound cro...
Read More

Corporate Boards' Oversight Of Cyber Risks Is Too Passive

Many corporate boards have made significant progress about understanding the importance of cyber security to the competitive health and sustainability of the companies they oversee. They've certainly gotten the message that cyber security is not just an IT issue. And, within the portion of board meetings devoted to risk assessment, cyber sec...
Read More