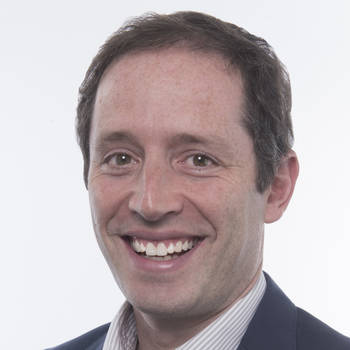 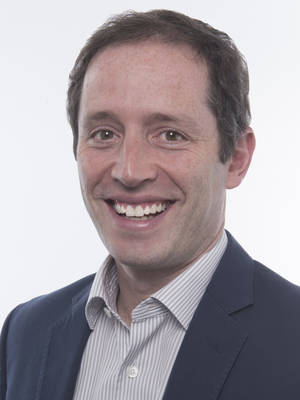 Psychologist Hal Hershfield studies how thinking about time transforms the emotions and alters the judgments and decisions people make. While he was a Ph.D. student at Stanford University, his research concentrated on the psychology of long-term decision-making and how time affects people's lives -- specifically at a moment when Americans are living longer and saving less.

Hershfield says, "We're in an interesting time to be conducting research on these topics because there are so many methodological tools available. I take the same question and try to investigate it from different angles, whether from a psychological perspective or a marketing perspective or even more of a managerial perspective. 'What are the psychological components of saving, and how can we help people along the process of their looming retirement?' When it helps shed light on the question, I use methods like neuroimaging, eye tracking, archival and big data analyses, and even virtual reality."

One of Hershfield's most well known discoveries suggests that when people are confronted with their "future selves" they experience an emotional sense of connection that can influence long-term financial and ethical decision-making. Experiments in which some college students are shown images of their own faces digitally altered to appear 40 years older, while other students see only current, unaltered images of themselves, reveal that those who glimpse their digitally aged selves declare that they would save about 30 percent more, on average, than the students shown pictures of their current selves. "The lesson from that," Hershfield says, "is that anything we can do that will increase how concrete and salient our future self is can help us make better decisions."

He completed a post-doc at the Kellogg School of Management at Northwestern University that was designed specifically for psychology Ph.D.s bound for professorships at business schools. Hershfield later taught undergraduates at NYU Stern, and is now assistant professor of marketing at UCLA Anderson. The b-school environment, he says, affords collaborations with larger firms as well as financial tech startups, and Hershfield is routinely approached by industry. He has been a consultant to Prudential Insurance Co.'s "Bring Your Challenges" campaign, American Greetings, Principal Financial Group, Morningstar and many others. Merrill Lynch has implemented his face-aging study in a marketing context to try to influence consumer behavior toward purchasing its products.

In the classroom, Hershfield says, "Whatever teaching I do has to be enjoyable for the students and for me." Pop culture examples provide lessons that are effective because they resonate outside specialized frameworks. He has quoted Louis CK on comparing the banality of now to what can only be excitement to come, and Homer Simpson on the problems his future self will be saddled with.

When do we finally become our future selves? Hershfield says, "It all depends on how we think about thinking about the present. People who are able to step outside of the here-and-now in a meaningful way are better able to see how the past, the present and the future are connected. My worry, though, is that people might see this research and think they need to stop enjoying the present so this future self is taken care of. But, that's not right. You don't want to arrive in the future with absolutely no memories of anything good! To maximize well-being, we want consumers to focus on the future, but not sacrifice happiness and meaning now."