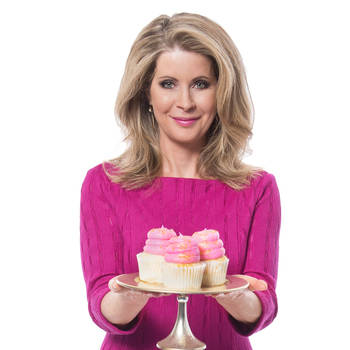 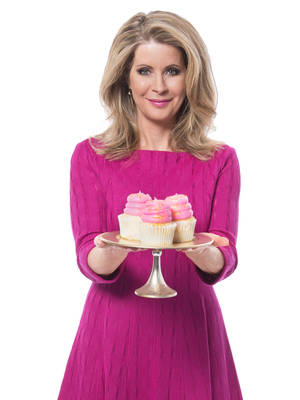 Gigi Butler, entrepreneur and founder of Gigi's Cupcakes, admits her story of success is full of sweet irony. Gigi opened her first Gigi's Cupcakes location just off Music Row in Nashville, Tennessee in 2008. Gigi's Cupcakes is now the largest cupcake franchise in the world.

With an entrepreneurial spirit that needed an outlet at the age of 15, Gigi opened her first business, Gigi's Cleaning Company, which she continued to grow once she moved from California to Nashville in 1994. She cleaned houses during the day and sang at downtown Nashville honky-tonks at night. After a decade of pursuing a career as an entertainer, the heartaches of the music industry hit home.

Gigi decided to step back and focus on her financial future. While building a sweet empire was never part of her plan, Gigi realized that her culinary and business skills could take her places she never dreamed about. She decided to take a chance on her other passion - baking.

Gigi learned her love for baking at an early age as she came from a long line of bakers who taught her unique family recipes. As an adult, Gigi felt that baking had become a lost art that needed to be resurrected. Even though people rarely have time to bake from scratch, they still enjoy eating delicious home baked goods, especially ones that reminded them of their childhood.

After being turned down by various banks and down to her last $33, Gigi went out on a limb and in 2008 leveraged several personal credit cards to fund the first Gigi's Cupcakes store. She gambled everything she had to open her first location. Fortunately, her sweet treats quickly became Nashville's delicacy dessert of choice. Shortly thereafter, Gigi's Franchising, Inc. was born, and Gigi's Cupcakes locations began popping up throughout North America.

Among her other duties for Gigi's Cupcakes, Gigi served as Head of Product Development, Through her own creativity coupled with a unique open relationship with and feedback from customers, Gigi was responsible for expanding the initial menu offering from 32 to over 278 cupcake recipes.

Over the course of the next decade and as the number of Gigi's Cupcakes locations grew, Gigi be-came a sought-after public speaker. Her motivational, inspirational and entrepreneurial 'rag-to-riches' story has become a centerpiece for corporate events, business and social gatherings as well as on college campuses (and especially those with entrepreneurial programs). Always leaving the crowd wanting more, Gigi offers the attendees access to her deepest thoughts, fears, successes and failures, with an emphasis on how to fight fear and look at fear as a motivator rather than an obstacle.

Gigi speaks from the heart and loves interacting with her customers and fans. At every personal appearance engagement, Gigi offers a question and answer period as well as a meet-and-greet session where attendees have the opportunity to say hello, get some words of encouragement, get a photo taken and have Gigi autograph a copy of her autobiography. Gigi receives scores of letters every month from people who have learned about Gigi's story by attending one of her speaking engagements, seeing her on TV or reading about her. They all thank Gigi for providing hope, inspiration and belief that they too can become just as successful as she.

Gigi had the honor of being on the hit CBS TV Series "Undercover Boss". Gigi's episode, which was viewed by over 15 million people and continues in reruns to this day, became one of the show's fan favorites. She wears her heart on her sleeve and in the show, interacts with employees incognito. Gigi claims this was one of the most rewarding experiences in her life. Gigi also entered into a strategic branding relationship with Serenade Cabinetry, where, until the company was sold to an investment group, she served as the face of a line of specialty cabinets.

Gigi's autobiography "The Secret Ingredient: Recipes for Success In Business and Life" was released in December 2018. Gigi shares her personal success story, her hard-won business acumen and the life-changing inspiration that she's gained from a challenging life. Each chapter includes a piece of business advice and a delicious sweet and savory recipe. The book is available on her website (gi-gibutler.com) on Amazon, or anywhere books are sold!