...portraying women who changed the world... 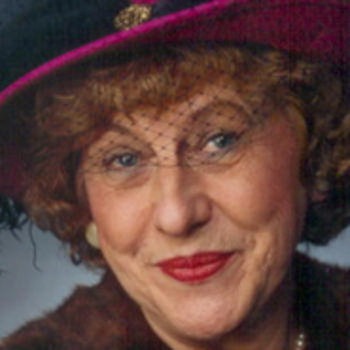 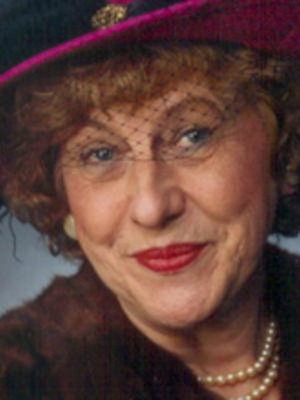 Erma Stewart is well-known for portraying women who changed the world. She brings her historical personages to audiences with humor, inspiration, and insight. Audiences often proclaim that they feel as if they have been transported to that presence and time in history.

An outstanding student of speech at Southwest Missouri State University, Erma was a West Point National Debater as well as a winning speaker and actress. She earned her MA in studies of rhetoric at the University of Oklahoma. She has also performed Readers Theatre, book reviews, and has often facilitated educational workshops. She served as a librarian for 22 years. Her excellent research skills and her speaking ability enable Erma Stewart to present her characters with authenticity. She often has audiences asking if she is "channeling that character."

Eleanor Roosevelt, as portrayed by Erma Stewart, speaks about her political activities, her childhood, her marriage, her role as First Lady, her role as author/lecturer and her radio/television broadcasts, as well as her serving as a delegate to the first United Nations. Eleanor will deliver a speech tailored to the audience (typically 1 hour) and will field questions from the audience. Audiences delight in conversing with Eleanor, and the old-timers and historians delight in testing her memory. Eleanor is also available for "casuals" where she will mingle with your guests, tell short stories, and respond extemporaneously with historic accuracy. Erma has been invited to present Eleanor in cities from coast to coast.

Older audiences are especially enthusiastic about seeing Eleanor. All Americans will find refreshing the ideals that Eleanor Roosevelt championed and courageously lived. Whether they are politicos, businesspersons, history buffs, civic groups, church groups, or homemakers, audiences are inspired by Eleanor Roosevelt and are grateful for what she still symbolizes for our nation.

Audiences are amazed to learn about the other portrayals that are less well-known. Audiences are always asking why they did not learn of this in their history lessons. Each is a valuable lesson in history performed with insight and pathos.