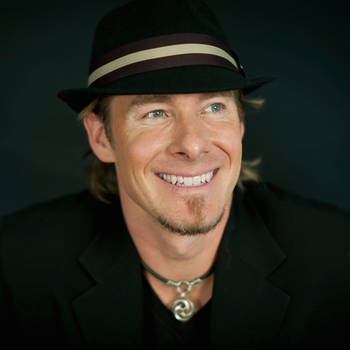 Erik Wahl, author of “UnThink”, recounts how he learned from his kids that letting go is one of the best things that a parent—and a leader—can do.

I have three boys. As they were growing up, we invented a strategic creativity workshop called “Crazy Daddy Time.” The point was to create a designated space and time where we pursued our imagination with reckless abandon. As a loving parent, it was tough! I struggled against my default inner voice focused on monitoring them toward conventional wisdom and sanity. But for twenty minutes every day, I gave them free-reign. “Can we decorate our little brother with shaving cream? Yes. Can we eat dinner backwards starting with dessert? Yes. Can we cover ourselves in flour and sumo wrestle? (Sigh) Yes.”

Early in their lives, my boys naturally explored their world as a daring adventure. I rarely used structure as they learned to push boundaries, chart new territories, and even attempt to form their own Lord of the Flies fashioned-militia. My desire was for them to think outside the box and encourage them (under proper protection) to spot the results between good and bad ideas.

My boys became my own little R&D experiment. I encouraged them to soar with their strengths—and to dream big dreams! I consciously switched from being a coach to being their cheerleader. I stopped micromanaging their grades or how they fielded ground balls and simply became their biggest fan.

They began to blossom. They were conditioned to realize they had the freedom to make their own decisions. They were empowered to understand the difference between creativity and structure. As their minds grew, they learned to self-correct in their favor without looking to me for permission. I was astonished at the amount of creativity, innovation, and imagination that came from their adventurous little souls. Silly little props turned into useful products! Ridiculously entertaining games were born! Heart-wrenching plays and songs were written! Over time, I was honestly shocked at the development of my kids when my only role was to show up and interact by saying, “Go for it!”

I see the role of a leader as being pretty similar to parenthood since you are responsible for your own “kids.” Similar to parenting, there is a choice to make. You can fill their work day by mapping out check boxes of operational requirements and charting compliance, or you can set sail by pointing the compass toward a destination and then giving your employees free-reign of the company’s back yard. By maintaining a safe place to play, all the leader has to do is show up and start saying “go for it.” Trust me, both victories and failures will happen because of this, but your employees will start to own their decisions. And if you hired the right person, this “free time” always comes full-circle to benefit your company.

Some of today’s biggest companies love this concept in the workplace. Google gives their employees 20% of their company-paid work week to do, well… whatever they want! They can tinker with personal software products, write a book, make music, whatever! And you wouldn’t believe the number of new products born from an individual interest. You may have heard of one—it’s called Gmail! Since then, companies like Facebook, LinkedIn and Apple, have began offering their employees similar free time.

Want to be a better manager? Then take a lesson from this parent—learn to let go. Stop being a coach and start being a cheerleader. Give your employees freedom to openly explore while allowing room for failure. If you don’t offer this freedom, you are actually making slow moves towards long-term inefficiency. Avoid boredom by giving them time where the answer is always “yes,” and then watch your own company blossom. Don’t forget to take notice of how your employees develop into broad-minded, optimistic, and overall happy people! Trust me, you’ll feel like a proud parent.

Oh, and to answer your earlier question—yes, my boys helped clean up, are healthy teenagers now, and continually shock me with their yearly adventures!

For more information on how to book Erik Wahl for your next event, visit premierespeakers.com/erik_wahl.

Want Erik Wahl for your next event?

October 29, 2015
Is your work a spark or a grind? I've worked with tens of thousands of business professionals over the ...
Read more

November 11, 2014
HAPPY VETERANS DAY We created, filmed, and produced an artistic tribute to all those who have ...
Read more

Is your work a spark or a grind? I've worked with tens of thousands of business professionals over the past decade. The vast majority of them have the most honorable intentions. They entered the workforce with a deep desire to impact change. They wanted to make a difference. But, for any number of reasons (institutional complacency, corporate ...
Read More

BECOMING A LEADER TAKES COURAGE AS WELL AS CREATIVITY. AND CREATIVITY TAKES PRACTICE Being a leader is difficult. That's why most of us end up taking direction from others in our professional lives. Butthe ranks of the self-employed are swelling, hinting that more people are getting comfortable taking the reins in their own hands. And in f...
Read More

HAPPY VETERANS DAY We created, filmed, and produced an artistic tribute to all those who have served. We wanted to share it with you and invite you to do the same. Freedom is never Free. Thank you Veterans For more information on how to book Erik Wahl for your next event, visitpremierespeakers.com/erik_wahl.
Read More

We are pleased to announce that Erik Wahl is releasing a new book, titled, "Unchain the Elephant." About the Book The message in Unchain the Elephant is simple: to fully experience all life has to offer, we need to break free from our chains and rediscover our inner creativity and passion. Whether you work in a concert hall, an art studio, ...
Read More

Erik Wahl, author of "UnThink";, recounts how he learned from his kids that letting go is one of the best things that a parent-and a leader-can do. I have three boys. As they were growing up, we invented a strategic creativity workshop called "Crazy Daddy Time."; The point was to create a designated space and time where we pursued our imaginati...
Read More

What Is A Creative Idea Worth?

Erik Wahl is an internationally recognized graffiti artist, author and entrepreneur, Erik redefines the term "keynote speaker."; Pulling from his history as both a businessman and an artist, he has grown to become one of the most sought-after corporate speakers available today. Erik's on-stage painting seamlessly becomes a visual metaphor ...
Read More

Erik Wahl is an artist, author, entrepreneur, and visionary. He is internationally recognized as a graffiti artist and one of today's most sought after speakers on the corporate lecture circuit. His presentations during which he performs live paintings inspire professionals to unearth and leverage their own creativity to achieve superior ...
Read More

Article from Yahoo Finance Business book connoisseurs 800-CEO-READ have announced that renowned graffiti artist Erik Wahl's bookUNthink: Rediscover Your Creative Geniusfrom Crown Business has been selected as the business book of the year in the "Innovation &amp; Creativity"; category. It is also a finalist for best overall business book of the...
Read More

For information on how to book Erik Wahl for your next event, visitPremiereSpeakers.com/Erik_Wahl.
Read More