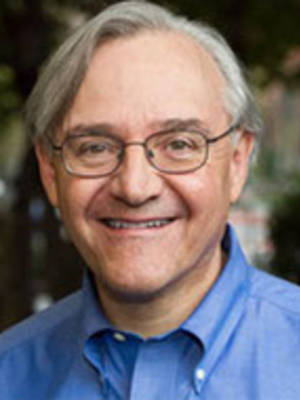 E.J. DIONNE Jr. employs his passions for people and politics and his keen intellect to deliver reasoned analysis that is followed by a wide circle of policy-makers nationwide - on the left, right and center. In his columns as well as his appearances as a commentator for National Public Radio (where he regularly debates David Brooks of the New York Times), ABC's "This Week with George Stephanopoulos" and NBC's "Meet the Press,"

Dionne demonstrates that he "knows the present with the keen sense of a beat reporter and the past with the perspective of a scholarly historian" (America Magazine, 2008). His important new book, Our Divided Political Heart: The Battle for the American Idea in an Age of Discontent, addresses what is tearing us apart, why there is so much brooding about American decline, and what can be done to restore the nation's sense of confidence.

Dionne began his now twice-weekly op-ed column for The Washington Post in 1993, and he now appears in more than 100 newspapers in the United States and abroad. Before joining The Post in 1990 as a reporter covering national politics, he spent 14 years with The New York Times reporting on tate and local government, national politics, and from around the world, including stints in Paris, Rome and Beirut. Other books includeSouled Out: Reclaiming Faith & Politics After the Religious Right, Stand Up, Fight Back: Republican Toughs, Democratic Wimps, and the Politics of Revenge , and They Only Look Dead: Why Progressives Will Dominate The Next Political Era.

Praise for his new book, Our Divided Political Heart:

"This is a brilliant book about America's current political divide. But
more importantly, it's an insightful exploration of our nation's history
and our ability to balance individualism with community. That sense of
balance has been lost, and this book shows how we can restore a shared
appreciation for our historic values." --Walter Isaacson, author of Steve
Jobs and Benjamin Franklin

"E. J. Dionne is the thoughtful conservative's favorite liberal, and the
liberal all the rest of us learn from. Our Divided Political Heart is at
once a grand arc of American thought from the nation's founding, and an
up-to-the-minute diagnosis of the weird and sudden turn we've taken in
left-right relations. With malice toward none, Dionne nevertheless sounds
the alarm about the new threat to the "long consensus" that's been key to
our stability and our national greatness. A thrilling book, from one of
America's most universally respected minds." --Rachel Maddow

"Our Divided Political Heart recalls us to an American past that speaks
powerfully, and hopefully, to our present political travails. Every
citizen concerned about the state of our politics should read this book."
--Michael J. Sandel, author of Justice