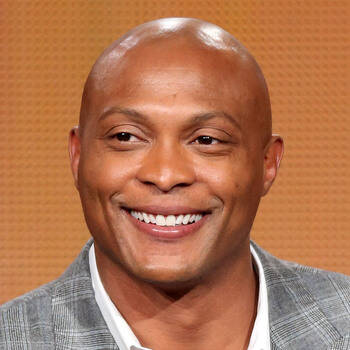 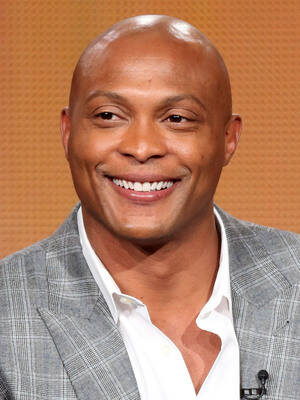 With all of his legendary accomplishments on the football field--Heisman Trophy winner, star running back at The Ohio State University, NFL rookie of the year and holder of a host of NFL records--Eddie George could have retired a proud man, with a strong legacy as a history-making athlete.

Instead of resting on his records, Eddie took on the challenge of his lifetime--during the past decade he has quietly built businesses aimed at helping improve the quality of life for all Americans.

Eddie, who will soon receive his MBA from the Kellogg School of Management at Northwestern University in Chicago, understands that he is mostly known for his athletic accomplishments.

"Since I'm mostly known for winning on the football field, a lot of people seem surprised when they hear that I've used my education, experience and passion to build these exciting businesses. They say 'you're a businessman, too?' I like that reaction,'" Eddie said.

Eddie's vision of healthy people and healthy places is being brought to life through the commitment of everyone at George Enterprises. Learn more about our Commitment.

Beyond leading these organizations, Eddie's business life is filled with media appearances, entertainment roles, hosting Radio, By George!, speaking engagements and philanthropy. Eddie finds his work with charities very rewarding, donating his time and money to various organizations, including his own non-profit organization, Visions with Infinite Possibilities (V.I.P).

Eddie is married to Tamara "Taj" Johnson-George, a Grammy -nominated singer with the soul group SWV ("Sisters With Voices"), which sold more than six million records.Taj was also featured on the Survivor television show in 2009, and voted one of the fan favorites. Eddie also made a guest appearance on the Survivor program.

Taj and Eddie live in Tennessee. They are the loving parents of two sons, Eriq and Jaire. They enjoy a busy life of friends, family and kids' sporting events.

As an example to others, Eddie continues to train hard and find balance to maintain his peak physical, mental and spiritual condition to meet the challenges of his demanding schedule.

Legendary Football Career
With his passionate and competitive spirit, Eddie has carved a special niche for himself in the professional sports arena, particularly the NFL where he is only the second NFL running back to rush for 10,000 yards while never missing a start, joining Jim Brown. Only Walter Payton (170) has started more consecutive regular-season games than George's 128.

In addition to the Heisman Trophy, George won several NFL Rookie of the Year awards in 1996, and was the Tennessee Titans' starting tailback until 2003.

Throughout his tenure as one of the NFL's premier running backs, Eddie not only possessed an explosive combination of speed, power and toughness, but was the epitome of durability. Eddie's punishing north-and-south running style won him the 1997 AP's "Offensive Rookie of the Year" honors as well as four consecutive trips to the Pro Bowl from 1998-2001. Drafted in the first round by the Houston Oilers/Tennessee Titans, he owns virtually every franchise rushing record. Eddie led the AFC Champion Titans to Super Bowl XXXIV in 2000.