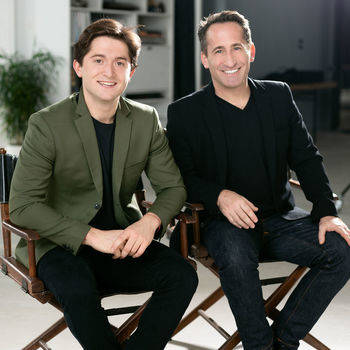 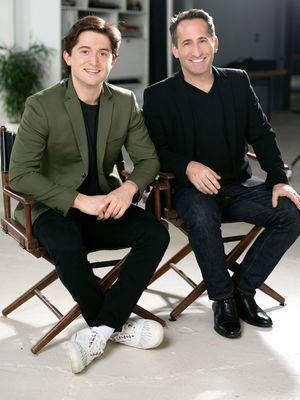 David Stillman is not new to the generational conversation. For almost twenty years he has been called on by business executives, politicians and the media to share his expertise on how best to bridge generational gaps. David has appeared on CNN, CNBC, and the TODAY Show as well as NPR and in Fast Company, The New York Times, USA Today, and The Wall Street Journal.

His creative communications work has earned him numerous accolades including gold medals at the NY Film Festival, the much-coveted CLIO Award, and most recently was named as one of 200 People to Watch by the Business Journal as well as one of the Power50 in the state of MN.

In addition to being an internationally acclaimed speaker on the generations, David is also the co-author of two best-selling books including When Generations Collide and The M-Factor: How the Millennial Generation Is Rocking the Workplace.

Jonah Stillman graduated from high school in 2017 and is pursuing a life as an entrepreneur. Growing up, for 10-years Jonah competed on the national US circuit in snowboarding. He was ranked in the top 5 in the US before hanging up his helmet to pursue working with his Dad in the generational field.

Jonah and a team of peers conducted one of the first national surveys about Gen Z's workplace attitudes. The eye-opening results ignited Jonah's interest in keeping the dialogue going. After growing up watching his dad - David - be the voice of his generation, Jonah is excited to be a voice of Gen Z.

He is the youngest speaker on the circuit and has already shared his insights on Gen Z with CNBC, MSNBC, and CBS and was recently featured in Fast Company, TIME, INC, Forbes and the NY Times.

Success Magazine voted David and Jonah in the top 25 most influential speakers and authors for 2018.