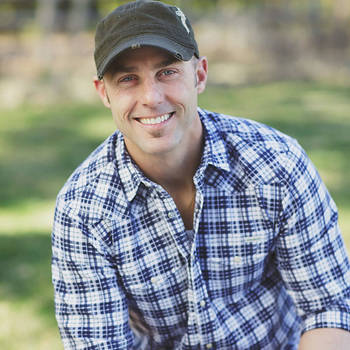 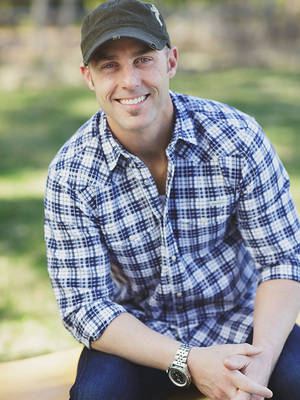 Hard working. Perseverance. Strive for Perfection and Winning in Spite of...

There are many people who would like to see those qualities in themselves. Just a small percentage can claim those traits. Even fewer can manage to achieve those goals under the pressure of being a public figure. David Akers is one of those incredibly rare people who personifies those qualities under the intense scrutiny of playing in the National Football League.

The hard work and perseverance paid off when David was cut three times before defining his career with the Philadelphia Eagles. Being served walking papers in Atlanta, Carolina and Washington, intertwined with jobs as a substitute teacher and waiter, provided David with an early dose of reality. Those early hardships formed the foundation of this truly humble man.

Given what could have been his last chance at an NFL career, David joined the Philadelphia Eagles in 1999 and was asked to play in Berlin for an NFL Europe team. By that season's end he was in a hospital bed for one week with food poisoning and almost didn't make it back in time for Eagles training camp. After losing 30 pounds, however, David recovered in time to earn a job with his strong left leg. Twelve seasons later - four times the length of an average NFL career - David played in more games in an Eagles uniform than anyone ever (188) and became the franchises all-time leading scorer (1,323). He was named to the Eagles 75th Anniversary All-Time Team, was voted as the kicker on the NFL 200's All-Decade Team, and set the NFL mark for points in a decade (1,169 from 2000-2009).

After leaving the Eagles, David played two seasons in San Francisco and rewrote the NFL record book during that brief time. In 2011, he set an NFL record for points (without a TD) with 166, field goals in a season (44), and 4+ FG games (6). On September 9, 2012, at Green Bay, he tied the NFL record connecting on a 63-yard FG.

Now with the Detroit Lions, the six-time Pro Bowler has set the bar high for his new team. In 14 NFL seasons, his club has reached the playoffs ten times, played in seven NFC Championship games and two Super Bowls. Once the regular season ends David keeps on kicking. He owns the NFL playoff record with 19 consecutive FGMs and holds nearly every Pro Bowl kicking record: Most points (57), Longest FG (53), and Most appearances (6; second behind Morten Andersen).

But his NFL career only tells you about part of the man. David Akers is known for more than just having nice legs! He is as tireless in the community as he is on the field - and a champion there as well.

Early in his career, the Fall of 2001 in fact, David launched David Akers' Kicks for Kids with the mission to provide Greater Philadelphia/Delaware Valley children with opportunities to pursue their dreams. The Foundation provides interactive programs and events designed to directly benefit children facing serious challenges in their lives whether due to mental or physical challenges or the environment in which they live.

Many of the programs help kids and their families enjoy what might be a brief respite away from the stress brought on by illness or other tragedy. Two such programs are Field of Dreams and David's Locker.

The Field of Dreams program is for a child and his/her family who has gone through a difficult physical and/or emotional time in their life. Taken by limo to and from an Eagles game, each child receives Eagles gear and gets to go on field pregame to meet a player. In his absence, David maintained the program through ex-teammates and was able to expand this program to San Francisco thru the 49ers Foundation where he sent families from Ronald McDonald House in Stanford to 49ers' home games.

Each year, more and more families are in need of the David's Locker Program. Many families are overwhelmed by the financial hardship that a chronic or life threatening illness of a child brings. Many have to make choices between buying medicine or medical supplies or pay bills and buy food. David's Locker provides assistance to these families. Since 2001 Kicks for Kids has been able to donate nearly $1,000,000 to The Children's Hospital of Philadelphia Programs (CHOP).

Most important to David is that his Foundation is a hands-on affair. While in Philadelphia, he went to CHOP every week and visited patients to try to make their time a little more pleasant and less stressful.

Kicks for Kids has been able to provide 100 families each year a complete turkey dinner during the Thanksgiving Holiday through its Turkey Run program and provides a full Christmas Celebration to families who otherwise would not be able to enjoy the Christmas season.

For 10 seasons, David co-hosted a Monday night radio from a remote location before a live audience for WXTU-FM. He also served as spokesperson for Lincoln Financial, BMW of Devon Hill Pennsylvania and Jefferson Hospital Heart Health Program and entertains as an effective corporate speaker.

He currently resides in Medford, NJ, with his wife, Erika, and three children - sons, Luke and Sawyer, and daughter, Halley.