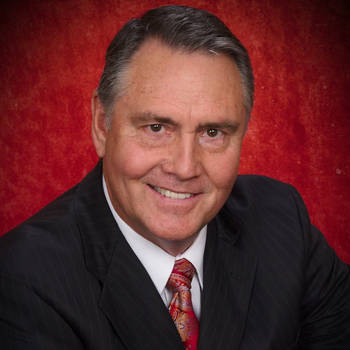 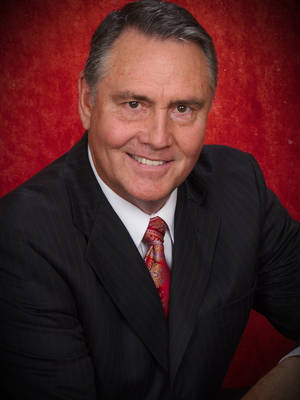 A living football legend, Danny White has won numerous awards in his collegiate, professional and coaching careers over the last 32 years. At Arizona State University Danny White set seven NCAA passing records. In 1973, his passing and running game placed him second in the nation in total offense. Sports Illustrated listed White as the second-best rated collegiate quarterback of all-time, behind only Steve Young. White was inducted into the College Football Hall of Fame in 1997 and had his #11 jersey retired by Arizona State University. In 1976 White joined the Dallas Cowboys and the NFL. White's leadership skills as a quarterback were evident when he broke the Dallas Cowboy's single season touchdown passing record in his first year as a starter. The Cowboys went to the playoffs five times and won three NFC East titles with White under center. He ended his career as the team's most accurate passer, setting Cowboys' career records for completions and touchdown passes.

Danny White was recently inducted into the Arena Football League Hall of Fame for his coaching accomplishments with the Arizona Rattlers. Three years into his career with the Rattlers he led the team to the ArenaBowl, a feat which he repeated four times. Named the Arena Football League coach of the Year in 1993, Danny's 141 wins and 20 postseason victories rank him second all time.

In 1997, Danny returned to the championship game directing the Arizona Rattlers to their second world championship in ArenaBowl XI. During the past four seasons, the Rattlers have posted the best overall record in the AFL (49-16, .754). White finished his eight season in 1999 owning a 79-38 (.675) record.

White earned Arena Football League Coach of the Year honors in his second season (1993), and is the third winningest coach (second among active coaches) in AFL history with 79 wins. His .675 career winning percentage is third in the AFL chart, while his .667 career playoff percentage is also third. His 10 playoff wins rank him third behind Tim Marcum and Perry Moss.

White's intense desire for excellence was evident as a player at Mesa's Westwood High School, Arizona State University and with the Dallas Cowboys. That desire has been reflected as a coach since White took the helm of the expansion Rattlers in 1992. Such a performance would have been hard to predict from a team whose head coach had no prior coaching or Arena Football experience. But, as local football fans have known for years, Danny White is a winner.

Danny was honored by the National Football Foundation and College Football Hall of Fame as an inductee in 1997. At ASU, White played three seasons for the Sun Devils on his way to becoming the school's and the NCAA's all-time leading passer, setting seven NCAA passing records,. His passing and running placed him second in the nation in total offense in 1973. Sports Illustrated voted White as the second-best all-time collegiate quarterback behind Steve Young. Both Danny and his father, Wilford "Whizzer" White, a former ASU All-American halfback who played for the Chicago Bears, are in the ASU Sports Hall of Fame as well as the Arizona Sports Hall Of Fame. Danny also joined his father as one of three Sun Devil players to have their jersey (No. 11) retired at Arizona State.

White continued to display his leadership skills as a quarterback when he broke the Cowboys' single-season touchdown passing record in his first year as a starter in 1980. He took Dallas to the playoffs in five seasons and led the team to three NFC East titles.

"Danny White was probably as fine a winner as we have had in football," said Tom Landry, the legendary former head coach of the Cowboys. "He wasn't gifted as some quarterbacks were, but he knew how to win football games. I don't think anybody could have followed Roger and done as well as Danny." "If we had reached the Super Bowl in 1981 [the year of Dwight Clark's catch], we might have won the Super Bowl a couple of more times. I think Danny would have gotten us there again. Danny was a solid winner, and nobody recognized that."

White finished his career as the club's most accurate passer setting Cowboys' career marks of completions and touchdown passes. White currently holds 22 Cowboys' records. In 1982, White broke or tied eight Cowboys single-season passing records and took the Cowboys to the NFC title game for the third year in a row. Danny was named an All-Pro that year and played in the Pro Bowl. He compiled a 67-35 record as a starter for the Cowboys, including a 41-11 mark at Texas Stadium.

White also has spent time in the broadcast booth, providing color commentary for the FOX Sports Pac-10 Game of the Week, and he currently travels around the country as an inspirational speaker. In addition to his coaching and general manager duties with the Arizona Rattlers, Danny is also active in the Phoenix community, dontating his time and effort to various local charities.