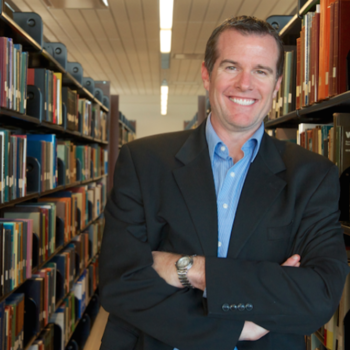 MIDLAND, Tx. (KOSA) -- More than 1,800 educators gathered outside the classroom Tuesday night to be honored by Educate Midland and the mayors of Midland and Odessa.

The event, Celebrating Champions of Education, was hosted at the Wagner Noel. Educators who attended received food, an entertaining lecture from Dr. Danny Brassell and some received door prizes.

Brassell used humor to encourage educators and highlight lessons, like the importance of building relationships with parents, their team and everyone else to become better teachers.

The speaker noted the amount of time teachers pour into their students.

And behind classroom doors without the applause given at the event, teachers have seen their students and classrooms excel.

One music teacher at Travis Magnet Elementary School in Odessa, Marissa Diaz, recounted how student involvement increased when she started an honor choir.

“I started a small school choir a couple of years ago. And I’ve seen students love of singing really grow. And I have so many kids that want to be in choir and I have to limit it,” Diaz said.

The 3rd, 4th, and 5th grade music teacher said she has around 20 children in her honor choir.

Another educator, Andra Jones, said it’s exciting to see increased involvement in the school from parents and community members.

“I think the biggest thing is the support that’s becoming the biggest thing in the Permian Basin, because the communities are getting behind the schools. We are starting to see partners in education coming into schools and community members that are volunteering, it’s not just parents. But the parents are also getting on board and volunteering and becoming a part of our stakeholders,” Jones said.

Jones spent 13 years as a teacher and is now an assistant principal at General Franks Elementary School in Midland.

But these stories of success, along with countless others from the more than one thousand educators in the audience, are not made easily.

Jones, who spent years as a golf instructor and science teacher, said many teachers feel there is not enough time to spend on each student. Jones said teachers also face other obstacles.

The event honored the hard work, patience, spirit and determination all area teachers have to pour their time into teaching the next generation.

“The mayor of Odessa and I do hereby proclaim Tuesday, March 26 2019, as Celebrating Champions of Education Day. Congratulations!” Mayor Morales said.

When asked what she thought of the event, Jones said it was encouraging and added that she has been to concerts at the venue and the parking lot hasn’t been as full as it was for celebrating educators.

“Everybody’s here because they have a passion. So you have a huge gathering of all of these people to support one initiative, and that’s to get our kids to be prepared, awesome, amazing citizens and that’s so powerful. And if we can get teachers to do this in one setting, what can we do as a community and get everybody on that same ship to sail our kids to success,” Jones said.

Diaz said she enjoyed the event, adding, “it was a great way to spend my Tuesday night.”

The music teacher won a door prize and said it was “pretty special.”

Want Danny Brassell for your next event?

Fired-Up for the New School Year

August 15, 2015
You wonder where your summer went? Me, too! If you're a parent, you probably devoted endless hours ...
Read more

MIDLAND, Tx. (KOSA) --More than 1,800 educators gathered outside the classroom Tuesday night to be honored by Educate Midland and the mayors of Midland and Odessa. The event, Celebrating Champions of Education, was hosted at the Wagner Noel. Educators who attended received food, an entertaining lecture from Dr. Danny Brassell and ...
Read More

Fired-Up for the New School Year

You wonder where your summer went? Me, too! If you're a parent, you probably devoted endless hours shuttling your kids to different activities. I know my wife feels like the school year will actually be a break for her. Speaking at school district convocations throughout the country for the past month, I have witnessed teachers, administrators a...
Read More