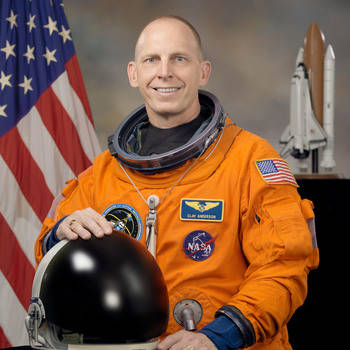 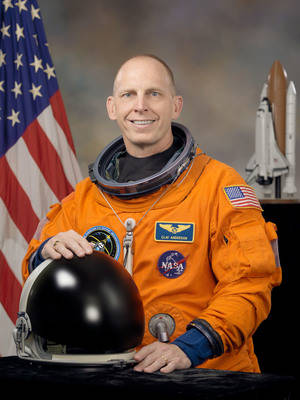 On Christmas Eve, 1968 the Astronauts of Apollo 8; Frank Borman, James Lovell and William Anders did what no other humans had ever done. Now, almost 50 years ago, a turbulent world cast their eyes to the heavens for a unique view of our home planet. It was on this very night, when humans were able for the very first time in history, to see our planet Earth rise over the lunar horizon, that a small town boy from Nebraska decided to pursue his life's work of becoming a United States Astronaut, just a mere two months shy of his tenth birthday.

On that night in 1968 along with his family, Clayton Anderson's eyes and ears were intently focused on a small black and white television set in the center of their Ashland, Nebraska living room, as they watched and listened to Commander Frank Borman, Command Module Pilot Jim Lovell and Lunar Module Pilot William Anders as they became the first humans to leave low-Earth orbit and become captured by the gravitational pull of the silent sentinel of our night sky.

This is the unique story of the passionate pursuit of a young man's dream and his ability to persevere and overcome tremendous odds to represent his State and Country in the achievement of his destiny - to soar into the heavens as only a very privileged few have done. Clayton shares the stories of his life as an astronaut from the very beginnings of his selection to this hallowed corps after 15 years of trying, to his 152 day adventure onboard the International Space Station and his final 15 day mission aboard the Space Shuttle Discovery.

You will be awed by the beauty of our planet Earth from 215 miles up, moved by the impact of a shuttle liftoff and inspired by the tragedy of the Columbia mission that never returned. You will learn how the values of teamwork, trust and faith can help in the struggles to maintain family cohesion in the midst of constant international travel and overcome the loss of loved ones in the midst of personal triumphs.

Clayton has spoken throughout the Midwest and the United States sharing his story of perseverance, patience and faith with audiences of all ages and from all walks of life. His message is delivered with humor and honesty and the personable style of a storyteller who once dreamed of the heavens and who believes that living life the right way can position oneself to achieve those dreams with no regrets.