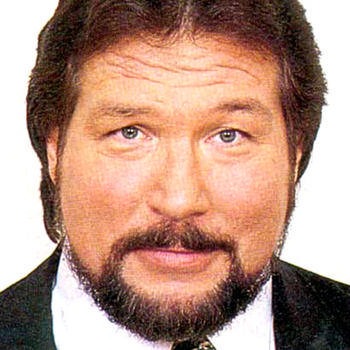 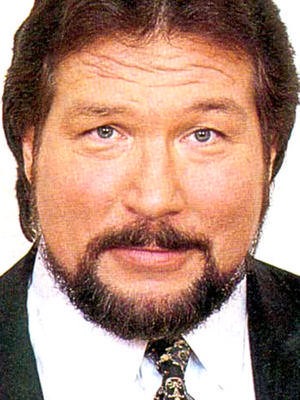 Ted DiBiase is best known for his role as the villainous "Million Dollar Man" of the World Wrestling Federation. Having been raised by his wrestler father, "Iron Mike DiBiase", who he admired greatly, Ted chose to follow in his dad's footsteps. After receiving honors in high school football and going to college on a football scholarship, Ted became a professional wrestler in the summer of 1975. Ted paid his dues in the early years of his wrestling career, traveling thousands of miles by car, spending many nights in less than luxurious hotels, and making little money. His big break came in the spring of 1987 when he headed for New York and the WWF to become the "Million Dollar Man." It was from here that his career skyrocketed.

Ted literally traveled the world with the WWF wrestling in some of the biggest venues in the world. Places like Madison Square Garden, The Superdome, The Skydome, The Tokyo Dome, and Wembly Stadium, all became familiar places to Ted. After six years with the WWF and seeing his likeness made into a doll and his face on everything from t-shirts to pinball machines, he ended his active career working the World Championship Wrestling (WCW) from the fall of 1996 to the fall of 1999, spending a total of twenty-five years in the industry. As he was ending his wrestling career, Ted was already turning his talents elsewhere and looking to the future.

Today, after authoring a book about his life entitled "Every Man Has His Price", Ted is a full-time evangelist and motivational speaker. Officially ordained into the ministry, he is speaking to church congregations, youth groups, men's meetings, corporate businesses, and in public schools and universities all over the country. In the past six years he has spoken to hundreds of thousands of people, young and old alike. In addition, Ted is also a spokesperson for and board member of "The Sunshine Foundation." This organization grants wishes to and try's to meet the needs of terminally ill and handicapped children.

The character of the "Million Dollar Man" was fulfilled by wealth and power and controlled by greed. In contrast, the real Ted DiBiase is fulfilled by his relationship with Jesus Christ and his family, and a controlling desire to do God's will in his life.