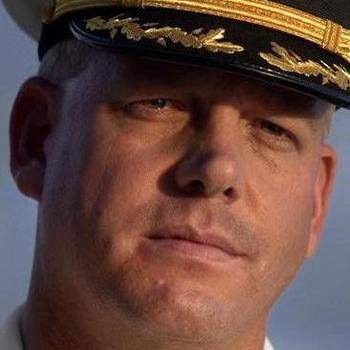 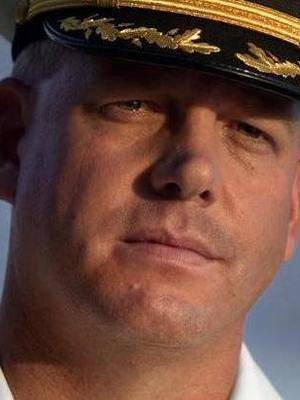 At the age of 38, Scott Waddle was selected to become the Commanding Officer of USS Greeneville (SSN 772) an improved Los Angeles Class Fast Attack submarine in Pearl Harbor Hawaii. He was selected from a highly competitive field of specially trained and exceptionally skilled naval officers. The challenges Scott faced were staggering with extremely low morale and unacceptably high turnover.

Few thought that this ship could improve, but Scott only became more resolved. In some ways, it is an extreme example of the same problems facing many organizations today. "In my induction ceremony, my predecessor left to cheers. They were actually clapping. I knew then that command and control leadership was dead."

"A lot of people do whatever it takes to secure the next promotion. All I ever wanted to do in the navy was to command a ship. I did not care if I ever got promoted again. And that attitude enabled me to do the right things for my people instead of doing the right things for my career. Along the way, it was my people that created the results that ensured my next promotion."

The solution was a system of beliefs that Scott calls Deck Plate Leadership. A process of replacing command and control with commitment and cohesion, by engaging the hearts, minds, and loyalties of workers - a belief that Scott achieves with conviction and humility. "The most important thing that a captain can do is to see the ship through the eyes of the crew." This meant interviewing every single person on his ship, from the most senior officer to the lowest recruit. It was an experience that began to generate invaluable ideas, often from unexpected sources.

By every measure, these principles were able to achieve breakthrough results. Personnel turnover decreased to an unprecedented 3%. The rate of military promotions tripled, and operating expenses were slashed by 25%. The USS Greeneville became regarded as the finest boat in the Pacific Fleet by surpassing his sister submarine scores in operational and combat readiness inspections.

The ultimate test for Scott and his shipmates followed a tragic accident when the Greeneville, while at sea for a distinguished visitors day cruise, performed an emergency surface maneuver and collided with the Japanese fishing training vessel Ehime Maru sinking the vessel in three minutes and killing nine onboard.

The story of the collision made global headlines and was the subject of heated discussion and debate. What followed however was even more unprecedented. Scott as the former Commanding Officer took sole responsibility for his actions and the actions of his crew. He took the stand during the Navy's Court of Inquiry and testified without immunity knowing his words could be used against him in a Court Martial. Scott and his crew were heralded for their honesty and candor, putting aside personal pride in an effort to determine how such a horrible tragedy could have occurred on what was then the pride of the Pacific Fleet.

In a time where CEO's and corporate executives have been quick to blame others within their organizations for their shortcomings and failures, Scott demonstrated uncommon strength of character, integrity and uncompromising ethical conduct in accepting responsibility for the actions of his crew. In the aftermath of the ordeal Scott delivers a powerful message that "Failure Need Not Be Final" and tells us "That there are no failures in life only mistakes and from these mistakes lessons."

Scott's book, The Right Thing, is a fascinating tale of success and lessons for anyone trying to navigate today's uncertain business seas where lessons are abundant. Scott, through his candid and direct delivery, connects with the audience and delivers a powerful message that is worthy of reflection.

Scott Waddle is an Eagle Scout and originally from Austin, Texas. He is a 1981 graduate of the Naval Academy of Annapolis. He currently lives in North Carolina.