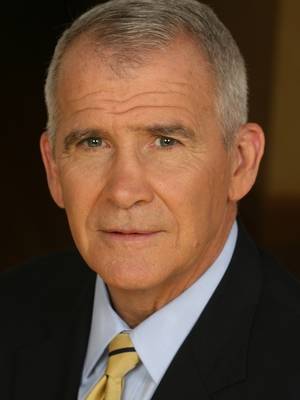 Oliver North is a combat decorated U.S. Marine, #1 best-selling author, founder of a small business and holder of three U.S. patents. For seventeen years he was a syndicated columnist and host of "War Stories" on FOX News Channel. In May 2018, he retired from FOX News to serve as the 66 th president of the National Rifle Association of America.

North was born in San Antonio, Texas in 1943, graduated from the U.S. Naval Academy in 1968 and served twenty-two years as a U.S. Marine. His awards for service in combat include the Silver Star, the Bronze Star for valor, and two Purple Hearts for wounds in action.

From 1983-86 he served as Counter-Terrorism Coordinator on the National Security Council staff. He helped plan the rescue of U.S. students on Grenada, the liberation of American hostages, the capture of the Achille Lauro hijackers and the raids on Muammar Gadhafi's terror bases; after which he was targeted for assassination by Abu Nidal's Islamic Jihad. President Ronald Reagan described him as "an American hero."

North has authored seventeen best-selling books and is co-founder of Freedom Alliance, an organization serving wounded U.S. military personnel and their families. He is widely acclaimed for award- winning FOX News coverage of more than sixty U.S. units in combat and his Freedom Alliance "Hero College Scholarships" for children of service members killed or permanently disabled in the line of duty. Yet, he says his greatest achievement is being, "the God-fearing
husband of one, father of four, and grandfather of eighteen."

LtCol North and his wife Betsy live in Virginia. In November 2018, they celebrated their 50 th anniversary.

His newest book, The Rifleman, is now available at amazon.com and Riflemanbook.com.