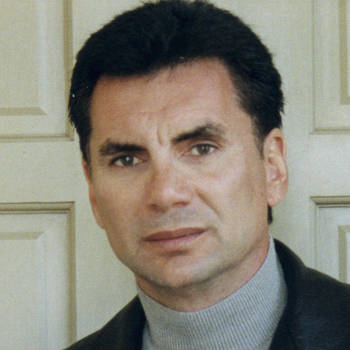 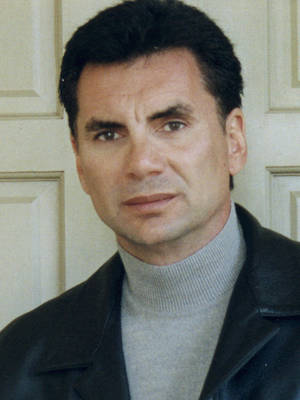 A Man With a Past Has Hope for the Future

Just a few years ago, Michael Franzese was "one of the biggest money earners the mob had seen since Al Capone, and the youngest individual on Fortune magazine's survey of the 'The Fifty Biggest Mafia Bosses,'" (Vanity Fair magazine), ranking #18, just 5 behind John Gotti. His autobiography, Blood Covenant, tells his story from the early days in the mob and rise to power through his damascus road experience that changed his life forever and led him to do the unthinkable, the unexpected, and by some, the unbelievable - Quit the Mob and follow Jesus.

Today, Michael is a follower of Jesus Christ, dubbed "The Born Again Don" in a January 1991 feature article in Vanity Fair Magazine. He found his own Damascus Road that began with a beautiful woman, Cammy. The story of his conversion is a testament of God's willingness to reach into the heart of any man regardless of their past or the present condition of their lives.

Law enforcement officials and mobsters say that the only way to leave the mob is in a coffin. However, God's Word has a different insight - It is said in Proverbs 16:7 that, "when a man's ways are pleasing to the Lord, even his enemies are at peace with him." Michael is living testament to the latter. Over ten years ago, Camille led Michael to accept the Lord and it was at that time that he renounced his life in the mob. His conversion experience to a Christian faith completed the transition for Michael from a kingdom of darkness into a kingdom of light. One covenant bound him to the mob, the other, the covenant in Christ, set him free. Cammy's role in the transformation of Michael cannot be overstated, leading media to call her "the woman who changed the face of organized crime." Her role is a story of inspiration for women everywhere. That God used the power of love to penetrate the heart of a mafia captain, and be instrumental in Michael leaving the mafia and coming to Christ is nothing short of inspiring.

Man on a Mission With a Message

Franzese is now a man on a mission. Determined to use the compelling experiences of his former life for the benefit of at-risk youth, professional and student athletes, corporate executives and for anyone seeking the inspiration to beat the odds and make positive changes in their lives, he has become a highly regarded motivator and a source of invaluable information. Franzese candidly describes how he survived dozens of grand jury appearances, 3 major racketeering indictments, 5 criminal trials, 7 years in prison and a Mafia death sentence. He tells how he engaged bankers, corporate executives, union officials and professional and student athletes in a wide variety of financial scams. His open and honest presentations are fresh and unique. Audiences are captivated by stories of his personal experiences in organized crime and genuinely affected by his powerful anti-crime messages and eye opening revelations, particularly Church and faith-based events who hear his testimony of faith. Whether on tour with SonicFlood, speaking at a Church, or through his ministry partnership with Fellowship of Christian Athletes, Michael tells how there are two truths - You can't escape the long arm of the law - and you sure can't escape the longer arm of the Lord.

"As a sworn member of La Cosa Nostra, I knowingly took an oath, a blood covenant, that obligated me to live my life in conflict with both the laws of God and of man. Although the Lord Jesus was known to me, at the time, I chose to give authority over my life to the boss of the Colombo crime family. Today, there is no doubt in my mind that I was doomed to spend an eternity in hell had I continued to reject the authority and live outside of the grace of my true boss, Jesus Christ. Mark 14:24 tells me that the blood of the covenant of Jesus set me free from the covenant with the mob."