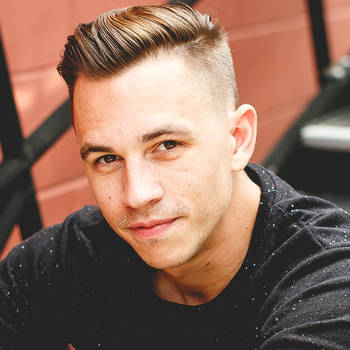 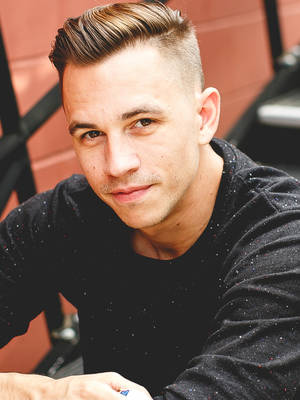 Justin Flom's path to crafting his own unique brand of magic has taken a circuitous route from his home town of Eden Prairie, Minnesota to Branson, Missouri to the SyFy Channel to some of the largest arenas in the country to being one of the first magicians to focus on social media on his way to becoming one of America's most sought-after magicians - surpassing entertaining 100,000,000 fans in 2015.

Online giant about.com listed Justin as one of their "Ten Magicians to Watch in 2015," saying: "Along with his Wizard Wars television series, Flom's career has soared with his ability to create a presence on social media and publish entertaining videos that go viral. Here's another magician who will increase his mainstream presence."

What sets him apart from most other magicians is the simplicity of his magic and the fact that he cracked the code on doing close-up magic on giant stages. He holds the distinction of being the first magician ever to perform card tricks for a sold out crowd at the fabled Madison Square Garden.

"My magic is organic," says Justin. "That means all of my magic uses ordinary objects. You're not gonna see any big magic boxes that can only be built in Las Vegas. It's close up magic. You're gonna see cans of Pringles, candy nerds, Life Savers, dollar bills, and I love to incorporate music into my magic."

Such was the case of superstar duo Florida Georgia Line just over a year ago. Justin performed some magic for the guys backstage prior to one of their concerts, and they invited him on the spot to come tour with them. Throughout 2015, he opened the shows, performing magic on stage and in the crowd for hundreds of thousands of fans in upwards of 60 cities.

"What's most important to me is to go out and see the fans, see the people who want to see the magic in person."

That desire was engrained in him at an early age, almost from birth. "My dad, my uncle, my brothers, my little sister are all magicians, so I've been performing from the age of two." While the family did some touring, the magic bug bit Justin just a little deeper.

Following high school, Justin skipped college and instead took his show to The Branson Mall Music Theatre in Branson, Missouri where he was the youngest headliner on the strip. After one year, he decided to build a custom-designed theater above the Majestic Steak House. Justin opened The Imaginary Theatre and Magic Parlor, a three room magical experience that culminated in an intimate 108-seat theater stage show, on July 1, 2006.

Taking that advice to heart, Justin began posting videos on YouTube, Instagram, Facebook and anywhere else he could find an outlet online. The efforts paid off, when the staff of Las Vegas Weekly named him "Best Up-And-Coming Entertainer" in their 2013 Weekly Awards.

In 2014, James Galea formed the Band of Magicians with Flom, Justin Willman, and Nate Staniforth. Not some mystical collective, but instead a bunch of ordinary dudes who dabble in the extraordinary. Justin Flom takes charge and is the "heart throb" of the group who often wears the kind of satisfied half-smile of the only person in the room who knows what's going on. Justin does new-school card tricks and even a trick with everyone's phone and Instagram. The audience loved the magic during the Band of Magicians run, standing ovations and packed houses were proof.

That same year, SyFy Television Network filmed a new show, "Wizard Wars," starring Justin along with Penn and Teller and several other magicians competing to create magic out of ordinary objects on the spot. The lead "wizard" on the series, Justin is also an associate producer of the show.

By the time 2015 rolled around, Justin was taking his magic to national network television with appearances on the "Late Late Show," WWE weekly telecast, NBC's "Today Show," "The Ellen Degeneres Show" and others. Sold out solo shows were accompanied by regular additions to his YouTube channel. His classic "Card Hit Wonder" videos have generated more than 50 million views, and his military tribute "Soldier's Deck of Cards" has recorded over five million. Buzzfeed named Justin one of their "15 Snapchat Enthusiasts That Will Inspire You To Take Better Snaps." Corporate events included the Seattle Seahawks, MetLife, The Bentonville Film Festival with Geena Davis and hosting Walmart's International Shareholders Conference and US National Manager's Conference.

Justin's first book, "Adventures of a Kid Magician," hit Walmart shelves in February 2016. The book is written in journal form, with "Zach" explaining how magic gets him in and out of trouble and the life lessons he learns along the way. Each adventure comes with a secret magic code that will take readers to an exclusive online video of the actual magic tricks in that chapter.

For a kid from Minnesota, Justin Flom continues to captivate both online and in person. The numbers of his avid followers grows exponentially every week, and his new relationship with booking giant Creative Artists Agency will see him criss-crossing the globe through this year. He is thankful daily for a family who planted a seed to entertain, to make people laugh, smile and sometimes gasp, and he looks forward to gathering in a new generation of magic lovers.