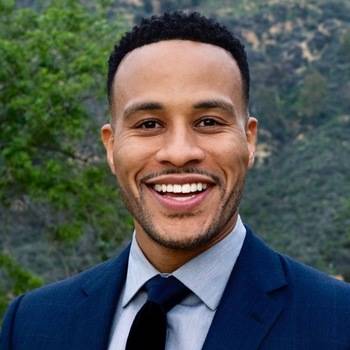 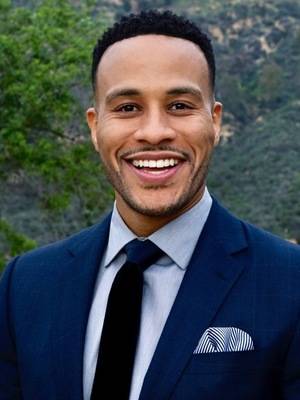 Franklin serves as the President/CEO of Franklin Entertainment. The company recently announced it signed a new multi-year first-look deal with 20th Century Fox. Through the shingle, Franklin released the film MIRACLES FROM HEAVEN starring Jennifer Garner and Queen Latifah. The film, which was made for a modest $13 million, went on to receive a rare A+ CinemaScore and has grossed $73 million at the box office to date.

Additionally, Franklin has several projects in the works including the upcoming Sony Pictures Animation film THE STAR, a story about the first Christmas told from the nativity animals' point of view, which is slated for a November 2017 release, and the high-profile reboot of HE-MAN and the MASTERS OF THE UNIVERSE franchise. Also in development for Franklin is the highly-anticipated remake of the 1975 classic film COOLEY HIGH at MGM, the inspirational biopic 44, with Kevin James attached to star, and faith-based film MJB GOT FAITH with TriStar Pictures.

As the former Senior Vice President of Columbia Pictures, Franklin was one of the highest ranking African-American creative executives in the industry. During his 10 year tenure at the studio, he championed box-office hits like THE PURSUIT of HAPPYNESS, THE KARATE KID, JUMPING THE BROOM and HEAVEN IS FOR REAL, resulting in almost $700 million in total worldwide box office sales.

Along with his success in the filmmaking world, Franklin is also a New York Times Best-Selling author, TV personality, and Christian preacher. Through his work in each of these areas, Franklin has harnessed the power of entertainment to bring inspiration and motivation to the masses. This year, Franklin released his second book, "The Wait," which he co-wrote with his wife, actress Meagan Good. The book quickly became New York Times bestseller and has sold over 125,000 copies to date. Previously, while at Columbia Pictures, Franklin simultaneously wrote the best-selling book "Produced By Faith", a how-to guide about finding success without compromising your faith.

Franklin is also an in-demand speaker and television personality due to his unique perspective on success, love and faith. Along with speaking engagements across the country, he has made appearances on The Dr. Phil Show, Dr. Oz, CBS This Morning, Entertainment Tonight, The Meredith Vieira Show, The Real, CNN, FOX News, OWN's Super Soul Sunday Show, Oprah's LifeClass and OWN's Help Desk Show.

Franklin began his career as an intern for Will Smith and James Lassiter at Overbrook Entertainment. He earned a bachelor's degree in Business Administration with a minor in Cinema-Television from the University of Southern California.