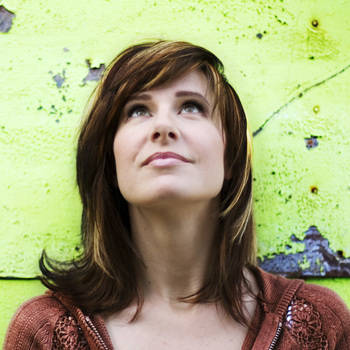 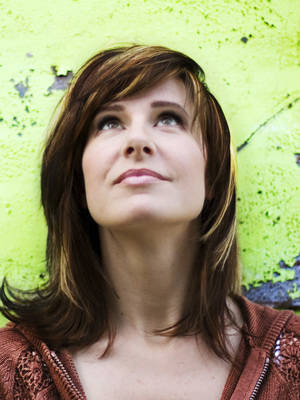 "For more than ten years, I allowed my life to be controlled by what others thought of me - how thin I was, what talents I had, how quickly I could climb the corporate ladder... Finally, I came to realize that even when I had accomplished these things, I still wasn't happy..." - Constance Rhodes

As a young girl, Constance Rhodes had an early window into the chaotic world of eating disorders as she witnessed firsthand her mother's own difficult struggles with chronic dieting, anorexia and bulimia.

Constance's own experiences with disordered eating began when, as a freshman in college, she put on weight for the first time. Following frustrating seasons of binging, purging, and all-out starvation, she eventually fell into a pattern of chronic dieting. Convinced that her ability to maintain a strict diet was an enviable quality, it took her 11 years to recognize that her obsession with thinness had taken control of her life.

As she began to work through her issues, she came to realize that staggering numbers of women and men were trapped in a similar pattern of constant dieting and weight obsession. As her progress continued, she developed a vision and passion to bring attention to this often overlooked issue.

In August of 2000, she left her position as marketing director for Sparrow Records (a div. of EMI Music) to found FINDINGbalance, an organization focused on addressing the important issues of eating, image and lifestyle management Just over a year later, www.findingbalance.com was launched, and became a foundational element of the vision.

In April of 2003, Constance released Life Inside the Thin Cage: A Personal Look into the Hidden World of the Chronic Dieter, a book designed to help women discover and address their own unhealthy attitudes about eating and weight (published by Waterbrook Press/Shaw, a div. of Random House).

Currently Constance is traveling around the country to shed light on this issue. Combining speaking, music and multi-media, her goal is to challenge audiences to consider the price they're willing to pay to meet cultural expectations of appearance and achievement, and to inspire them to discover and pursue their dreams.

"When we're children, we allow ourselves to dream," says Rhodes, "we can be anything, do anything, go anywhere. But as we get older, we begin to learn that there are 'rules' in society, and slowly but surely we trade in our dreams in order to become that which seems more 'acceptable' in our culture.

"I want to help people understand that by removing the aspect of what others think about us, we open up our future to be filled with the joy and happiness that comes from living according to the true desires of our heart."

Constance, her husband AJ, and their son Christian reside in Franklin, TN.