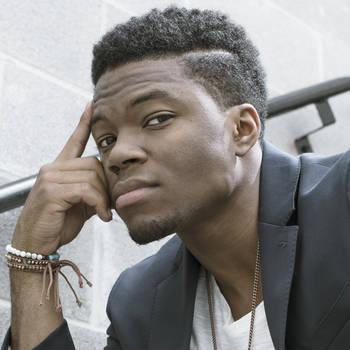 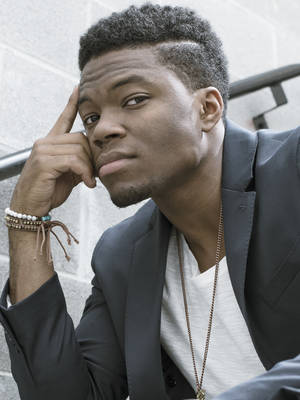 Newcomer Joshua "Caleb" Castille had less than three days to prepare for his first acting role ever after the writing-directing-producing team of Jon and Andrew Erwin chose him to play the lead, Tony Nathan, in their true high school football drama, Woodlawn. While Castille's last minute casting call has all the hallmarks of the classic understudy-becomes-the-star story - he had been training to be the onscreen football body double for the original actor - upon closer examination, Castille's "discovery" by Hollywood and casting as Birmingham's first African American football star seems all but inevitable.

Born in Columbus, Georgia in 1991, Joshua "Caleb" Castille grew up in one of Alabama's leading football family dynasties. Two generations of Caleb's family -- his father, Jeremiah, and his two older brothers, Tim and Simeon -- played football at the University of Alabama and went on to play in the NFL. One of six children and the youngest of three brothers, Caleb played football at Birmingham's prestigious Briarwood Christian High School, where he distinguished himself as a wide receiver and defensive back. In 2010, Caleb became the third Castille brother in 10 years to graduate from Briarwood and go on to play football for the legendary Crimson Tide.

Caleb's decision to attend the University of Alabama, while keeping with the Castille tradition, also showed his capacity for taking risks in pursuit of a dream. Although Caleb was a widely recruited high school football player, he turned down scholarships elsewhere to go to top-ranked Alabama, the 5'10" 175-lbs. freshman did not have a starting position on the team and would have to take his chances in summer try outs and fall camp, as a "walk on." In 2010, Caleb "walked on" and landed himself a position as cornerback, eventually playing on back-to-back national championship teams. However, in the spring of 2013, Caleb stepped away from football, quitting the team, to pursue another dream - acting. His parents said he could do it as long as he stayed in school.

After putting together his head shots and information and sending them to the top modeling and talent agencies in New York, Nashville and Atlanta, Caleb signed with The Block Agency in nearby Nashville, Tennessee. The 23-year-old estimates he drove more than 50,000 miles that first year, juggling a full-time class schedule with weekly six-hour-round trip drives to Nashville and to auditions and casting calls throughout the region. Caleb quickly picked up work as a model, appearing in print ads for Russell Athletics and Sprint, commercials for Nike and Air Jordan; and, a music video for Grammy-nominated country music star, David Nail. Although eager to land an acting role, Caleb turned down auditions for roles that conflicted with his Christian faith or were derogatory depictions of young African American men, believing, as his sister Leah would say, "God's got something better for you."

That same faith and patience is what Caleb attributes to his early success in the business. He was baptized at age six but rededicated his life to the lord when he was 22 years old. This decision came after God got a hold of his heart and Caleb realized that he was not living his life according to Gods standards, he was living according to the worlds standards. He made a commitment to the Lord that he would forever live his life for the Lord and help young people do the same. Caleb spends a lot of his time doing just that, traveling and speaking to young people. He encourages them to dream big, live according to Gods principles, and to be obedient to Gods word.

When the Birmingham-based Erwin Bros. announced in 2014 they were making Woodlawn, Caleb was one of hundreds of actors and football players, who sent in an audition tape for the lead role of the young Tony Nathan. He had known about Nathan's inspiring story for about two years, ever since Jon and Andrew Erwin asked his brother Simeon to play Nathan in the "proof of concept" they shot -- a five-minute short featuring scenes from the film, which they made to show potential investors the scope and style of the movie. Caleb said he felt completely connection to Nathan's story, yet as the weeks passed, he found out another actor had been cast in the role.

Undaunted, Caleb was drawn to Nathan's story and went to the film's open casting call for football players and was chosen by football coordinator Mark Ellis to be the football playing body double for Nathan. On September 28, Caleb says he signed the script sides and "claimed the role. Over the next two weeks, Caleb trained with Ellis, the onscreen football players and co-stars Richard Kohnke and Marcus Henderson, until October 31st when Andrew Erwin called and asked to meet. After learning the original actor had fallen out, the Erwins said Ellis had pointed them to Caleb's audition tape, which they had not previously seen, and after watching it, they decided Caleb Castille was their Tony Nathan.

Caleb's father, Jeremiah Castille, is a former NFL player for the Tampa Bay Buccaneers ('83-'85) and Denver Broncos ('85-'89) and was a defensive back at the University of Alabama ('79-'82), playing on the last team coached by Bear Bryant. After his six seasons in the NFL, and a stint coaching college football at Howard University Maryland, Castille returned to Alabama, eventually becoming an assistant coach at Birmingham's Briarwood Christian High School. During his seven years at Briarwood, Castille coached his sons -- running back Tim and cornerback Simeon - to two state championships. In 2003, he quit coaching to start a ministry, the Jeremiah Castille Foundation in Woodlawn, Alabama to provide tutoring and educational support to at-risk and underprivileged children.

Caleb's oldest brother, Tim Castille is former Crimson Tide running back and NFL player, who is now a graduate assistant coach under Nick Saban at the University of Alabama. Tim is a former fullback for the Arizona Cardinals ('08) and the Kansas City Chiefs ('09-'10).

His other brother, Simeon Castille, is a former Alabama cornerback, who played for the Cincinnati Bengals ('08), San Diego Chargers ('09), Florida Tuskers ('10) and Minnesota Vikings ('10-'11) and is now a cornerback for the San Jose SaberCats of the Arena football league.