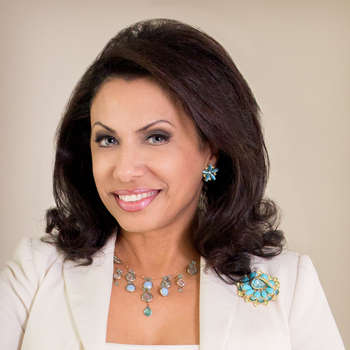 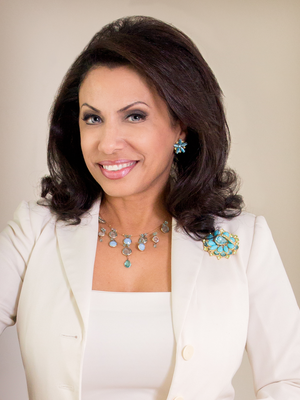 Brigitte Gabriel has become one of the leading terrorism experts in the world providing information and analysis on Global Islamic terrorism. She is a member of the board of Advisers of the Intelligence Summit and lectures nationally and internationally about terrorism and current affairs. Her expertise are sought after by business and world leaders. She has addressed the United Nations, the Australian Prime Minister John Howard, members of The British Parliament/House of Commons, members of the United States Congress, The Joint Forces Staff College, The US Special Operations Command, the FBI and many others. In addition, Gabriel is a regular guest analyst on Fox News Channel, CNN, MSNBC, ABC and various radio stations daily across America.

Gabriel began her career as news anchor for "World News," an evening Arabic news broadcast for Middle East Television seen throughout Israel, Egypt, Syria, Jordan, Cyprus and Lebanon. She covered the Israeli security zone in Lebanon and the Palestinian uprising in the West Bank. Her work is of international scope having brought her in contact with world figures such as Margaret Thatcher, George H. Bush, Queen Nour El Hussein, Itzhak Rabin and Shimon Peres.

With a passion and vigor hailing directly from profound experience -- the opening salvos of Islamic jihad towards the Western world in the Middle East -- Gabriel offers a poignant account of a remarkable upbringing. A native of South Lebanon, as a pre-teen she survived the first attack of the Lebanese civil war in 1975: a barrage of Muslim rockets that exploded in her house and left her wounded and buried under the rubble. Gabriel and her family then spent the next seven years in subterranean hiding while Lebanon was under Islamic attack.