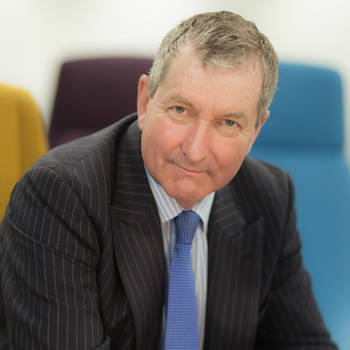 Delivering success in a challenging world

Cultural transformation can only be achieved when managers realise that employees want to be the best and change of their own free will rather than under pressure.

What’s the most basic test of a great place to work? The answer is simple: that every morning every employee wakes up happy at the prospect of going to work, knowing that when they get there they will be inspired and able to be their best. Now, that is challenging enough but when you know that the world is a dynamic not static place it becomes even more difficult. We know from recent economic, social and political events that the world can change very fast, that technology and the ever-increasing speed of connection between people, organisations and countries mean that waves of instability are now likely to move globally, not just locally. This means to succeed organisations must be agile and able to change.

Change is part of day-to-day life but people and organisations are often not very good at recognising the need for change or changing themselves. Just look at Kodak, inventor of the digital camera. It refused to accept that digital photography was the future for more than 20 years, with dire consequences for the company. Often organisations don’t change for years then realise the world has moved on. They then panic trying to force change from the top-down. Change is best in small steps initiated by people at all levels who see the change around them and respond accordingly.

Change can never be delivered by one part of any organisation — it has to be teamwork and work by a team that wants to change. Some CEOs think they can do it all themselves, that a simple order to work in a new way issued from the top will transform the organisation. In fact often that just increases resistance. Enthusiastic employees see opportunity to change and do things better, but they are often frustrated by the organisation’s system or managers who won’t change.

Research from Corporate Executive Board (CEB), analysing best practice, suggests that up to 40 per cent of employees want to give their best for the organisation but can’t do so as the organisation’s own systems obstruct them from delivering what it is asking them to deliver. How mad is that?

Principles of change To build an organisation capable of changing to meet the needs of the current world we need to remember the simple principles: Senior leaders develop the direction of travel, strategy; departmental leaders turn that into operational plans; and then other leaders make it reality through people. Each link in the chain has a critical role to play, so all of them have to align and support each other. If one link is out of step in any way, from communication to culture, the whole system breaks down.

There are critical common threads that link all of them: vision, values, purpose, inspiration and trust. This builds a “we not me” culture where change happens much faster and can increase the effort given by a majority of staff (up to 60 per cent) by as much as 30 per cent, CEB data shows. These common threads are always present in those great places to work.

But some will point out that I haven’t mentioned execution or deliverables in the list. That’s because telling people to do the job, or worse, threatening consequences if they don’t, creates an organisation that will never be better than average on any measure. What delivers super performance are the common threads above. It’s because people want to be the best that they change and develop of their own free will, not through pressure. They proactively seek opportunities for the organisation to be better in everything from customer service to cost efficiency to brand building to risk management. That’s because they genuinely care about the organisation as they know the company, and their boss, care about them.

Don’t go top-down This is the secret to both organisational success in the current world and the ability to transform as the world changes around you. Great places to work do this naturally as everyone in them, as a result of those common threads, wants to be the best and grow and develop. People are inspired and change is initiated everywhere not forced from the top. Look at any successful and truly agile organisation and you will find a great place to work.

Want to bring Chris to your next event? Let us know here. We'd love to help make it happen!

Want Chris Roebuck for your next event?

IS MY BOSS A POTENTIAL PSYCHOPATH ?

August 22, 2017
Is my boss a potential psychopath ? I'm often asked by people who are having trouble with their boss ...
Read more

Make sure everything you put into your talent is enhanced by line managers, not destroyed.

BP Leadership Gets It Wrong: How Ivory Towers Have Their Risks

April 14, 2016
BPs leaders have today suffered a very embarrassing defeat at the hands of ...
Read more

IS MY BOSS A POTENTIAL PSYCHOPATH ?

Is my boss a potential psychopath ? I'm often asked by people who are having trouble with their boss if that boss might be a psychopath. To which my answer is always it's possible but very very unlikely. That said some people do exhibit behaviour that could be seen as indicating psychopathic traits. From some resear...
Read More

Make sure everything you put into your talent is enhanced by line managers, not destroyed.

There are some organisations that very effectively identify talent. They take their high potentials through excellent development activities, and then return them to line managers to build on the investment. But even these best-in-class talent management programmes could have a fatal flaw. That flaw is the forgotten elephant in the room. Tha...
Read More

BP Leadership Gets It Wrong: How Ivory Towers Have Their Risks

BPs leaders have today suffered a very embarrassing defeat at the hands of its own shareholders. The attempt raise the CEOs pay by 20% to £14.2m has been rejected by 59% of shareholders. Any way you look at this it is a failure - either a failure of the remuneration system to to accurately reflect real performance or a failure of a justified p...
Read More

Cultural transformation can only be achieved when managers realise that employees want to be the best and change of their own free will rather than under pressure. What's the most basic test of a great place to work? The answer is simple: that every morning every employee wakes up happy at the prospect of going to work, knowing that when th...
Read More