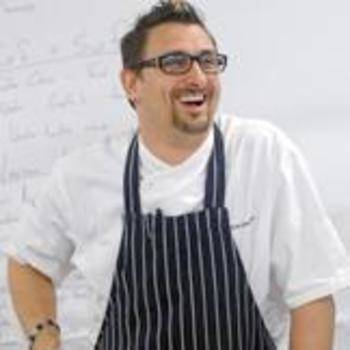 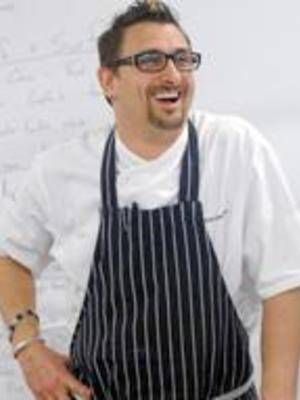 Chris Cosentino is the executive chef and co-owner of San Francisco favorites Incanto and Boccalone. He was the co-star of Food Network's hitseries, Chefs vs. City, and appears on Best Thing I Ever Ate and Dear Food Network.

Growing up in Rhode Island, Chris spent his time clamming, commercial fishing, and cranking the pasta machine in his great-grandmother's kitchen. He was raised on a cuisine particular to parts of New England where Atlantic seafood, Yankee fare and classic Italian cooking fuse into one colorful gastronomy. Creating good food was a family tradition, as Cosentino's maternal ancestors, the Eastons, were the founders of Newport's beloved Easton's Sausage Company.

Today, as executive chef of San Francisco's Incanto, where he cooks in an earthy rustic Italian style, Cosentino is proving that a penchant for meats may just be hereditary. He took over the helm of the one year-old restaurant in 2003, immediately garnering a three-star review from SF Chronicle's Michael Bauer, the first of many critical accolades.
Boccalone, which delivers cured meats on a weekly basis, is the creation of Chris Cosentino and Mark Pastore who are known for their authentic Italian cuisine and commitment to sustainability. Boccalone Salumeria is located in San Francisco's legendary Ferry Building Marketplace. For the Boccalone Plant Chris and Mark took over Moniz, a Portugese sausage company that had been in business since the early 1900s, and its owner was ready to retire after decades at the helm. They were thrilled to continue the tradition of making quality meats in a small production facility in Oakland, across the Bay from Incanto. The plant needed some changes to accommodate salumi as well as sausage making, but with a lot of hard work and help from friends, Boccalone was producing artisan meats within a year.

Yet this meat-loving chef does not ignore produce. California is a giant garden, he says, and indeed, he can be spotted at San Francisco's Ferry Plaza farmers market every Saturday morning, rain or shine. His curiosity does not stop at the farm, and Cosentino is an avid researcher of cooking techniques, equipment, and culinary lore through the ages, which he is eager to share with his customers. Everyday I have the opportunity to educate people, just as each day is ultimately an education for me, he says.

Cosentino's formal education took place at Johnson and Wales. Upon graduation, he worked at Mark Miller's Red Sage in Washington, DC. "This was the best first kitchen job I could have had", he recalls, because I learned from Mark that food is deeply rooted in history and is not just something that a chef merely creates out of thin air. He credits Miller with sparking his love of reading and research through the access he gave him to his prodigious cookbook library.
After Red Sage, Cosentino moved to San Francisco to work under Traci des Jardins at Rubicon. He was then tapped by Drew Nieporent to open The Coach House on Martha's Vineyard. Cosentino returned to California to work briefly at Chez Panisse, as well as the three-star Belonas sous chef, and as a chef/consultant at Michael Mina's Aqua group, opening Nob Hill in Las Vegas.

One weekend while working at a gala event in Napa Valley, Cosentino found himself cooking alongside Jean-Louis Palladin. The meeting formed into a friendship that lasted until Palladin's death, and deeply influenced Cosentino's outlook on cooking. Jean-Louis taught me never to cook for reviews, but for my diners and myself, he says. An avid hunter, Palladin also taught him to be realistic and respectful about the path an animal takes from farm or forest to plate, sparking his interest in offal cooking.

In addition to spending time with his wife and young son, Cosentino's other passion is endurance cycling. In between restaurant jobs, he was a professional cyclist, putting his single speed mountain bike through its paces in 24-hour ultra endurance mountain bike races through some of the most punishing terrain in North America. Today he takes his bike around Northern California's mountainous terrain, always on the lookout for wild edibles.