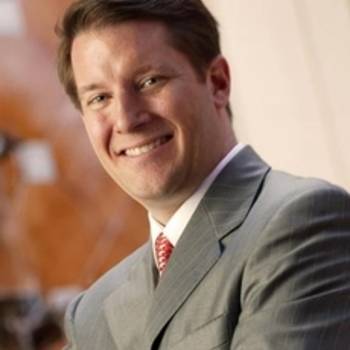 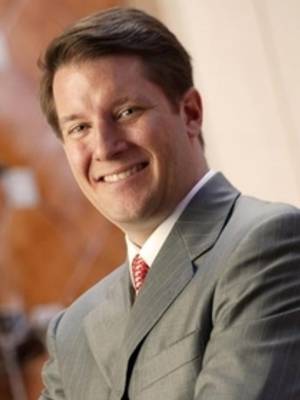 Charles P. Garcia is the best-selling author of A Message from Garcia. His personal story is as dynamic and inspiring as his books. Whether he's serving as a key advisor to some of the world's most important business, military and political leaders, founding his own highly successful company, surfing a towering wave off the Hawaiian coast or racing his Dodge Viper, he does it with a refreshing blend of gusto, style and down-to-earth approachability.

Since graduating from the U.S. Air Force Academy and earning a master's degree in public administration from the University of Oklahoma as well as a law degree from Columbia Law School, Garcia has made a mark in business, government, the military and education--and as a role model to the Hispanic community. In 1997, at the age of 36, he founded a global business that was ranked eighth on the Inc 500 list of fastest-growing privately held companies in the country. Hispanic Business identified Garcia as one of the 100 most influential Hispanics in the United States and Univision Television selected him for their series Orgullo Hispano(HispanicPride), which spotlights Hispanics who have made an exceptional impact on the culture and life of American society.

In 1988 at age 27, Garcia was selected as one of 14 White House Fellows that year. He later received two more presidential appointments: the first was to serve on a national education commission, and the next was to serve as chairman of the U.S. Air Force Academy Board of Visitors, which oversees all operations at the military academy. Additionally, the governor of Florida appointed him to serve as the only Hispanic member of the state's Board of Education. Garcia has worked in three presidential administrations and has advised a Cabinet secretary, a governor and a former NATO Supreme Allied Commander on diverse issues ranging from education, drug interdiction, Latin American politics, counter insurgency training and more. A highly decorated military officer, Garcia was tapped to be the behind-the-desk military analyst for Telemundo during the Iraq War and has appeared as a commentator on Crossfire, Fox News, CNN, CBS, Univision, CNN en Espanol and The Cristina Show.

Garcia has attended corporate governance courses at Harvard Business School, the Wharton School, Columbia Business School and Northwestern University's Kellogg School of Management. He currently serves on two Fortune 500 company boards--the board of directors of the WinnDixie Stores, Inc. and an advisory board of Aetna--and has become a highly sought-after speaker, presenting talks on leadership at Fortune 500 companies, professional associations, government agencies and other organizations worldwide. By using anecdotes to illustrate character-building lessons learned throughout his lifetime--from his childhood growing up in Latin America to his thrilling years in Washington, D.C., working along-side the world's most respected leaders, to launching his own successful global firm from an empty broom closet--Garcia shares inspiring stories of leadership, public service, entrepreneurship and family life that motivate and energize audiences in powerful ways. His deep sense of peace, his commitment to public service, and his infectious zest for life have inspired thousands of people around the world--his trademark takeaways can change your life or transform your organization.