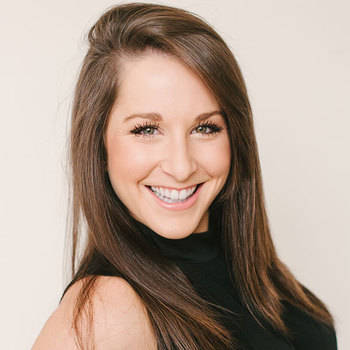 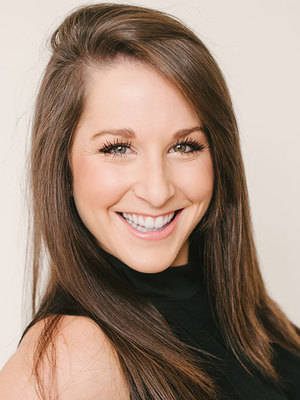 At the 2004 Summer Olympics, Carly Patterson became the first American woman in 20 years to win the All-Around Olympic Gold medal since Mary Lou Retton in 1984. The 2004 Olympic Champion, Carly Patterson, was born February 4, 1988, in Baton Rouge, Louisiana, the first of two children to Ricky and Natalie Patterson.

Carly began gymnastics in 1994, after attending a cousin's birthday party at Elite Gymnastics in Baton Rouge. Less than a decade later, she made her debut at the senior international elite level, winning back-to-back American Cup titles in 2003 and 2004, as well as the title of 2004 US Co-National Champion. Carly was also a part of the 2003 World Championships team where she won a silver medal in the all-around and helped lead the US to their first-ever World Championship team gold medal! It was also at this competition that Carly's signature beam dismount (an Arabian double front) was officially named the Patterson. A year later, Carly achieved her ultimate goal in gymnastics by earning a trip to the 2004 Olympic Games in Athens, Greece.

Carly came home from Athens with three Olympic medals. The US women won silver in the team competition - the first medal for the US women in eight years, as well as the second-highest finish for Americans in a fully attended Olympic Games. Carly also earned a silver medal on her specialty, the beam. However, it was on August 19th that all of Carly's hard work, dedication, and love for gymnastics paid off. She won the most prestigious title in gymnastics, the title of 2004 Olympic All-Around Champion. Carly is the USA's first Olympic all-around champion in twenty years, as well as the first American woman to win an Olympic all-around title in a fully attended Olympic Games!

Since the Olympics, Carly appeared on the "The Tonight Show with Jay Leno," "The Late Show with David Letterman" and "The Ellen DeGeneres Show." She also was featured on an NBC special and adorned the front of a Wheaties box. Carly presented an award at the 2004 MTV Video Music Awards; was recognized by Glamour Magazine at the 2004 "Women Of The Year" Award, and was honored as the March of Dimes' "Sportswoman of the Year."

In 2005, Carly was selected as one of Teen People's "20 Teens Who Will Change the World;" walked the runway at New York Fashion Week to promote "The Heart Truth Red Dress Collection" to prevent heart disease; was nominated for the Sullivan Award honoring the best amateur athlete; and was nominated for an ESPY Award in the "Best Olympic Performance" category. Carly published a children's book called "Be Strong" and made an appearance in the movie "Stick It."

Carly began pursuing a music career after the 2004 Olympics and was signed by Music Mind Records in 2007. Carly released her first single, "Temporary Life" in March 2008, and her second single, "Time to Wake Up", in Feb. 2009. Carly's CD, "Back To The Beginning", was released in August 2009. Her song, "Here I Am", was used for advertisement for the 2010 season of the TV show "Make It or Break It." In addition, Carly made an appearance in the 2010 season of "Make It or Break It."

Carly has continued to work with USA Gymnastics doing promotions and events with them, gymnastics camps and competitions helping inspire young gymnasts, and also working with the United States Olympic Committee.