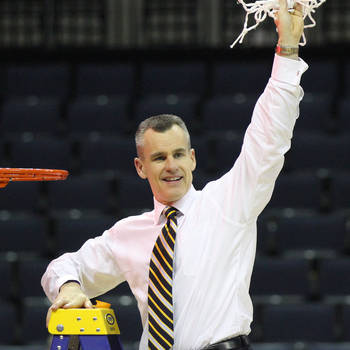 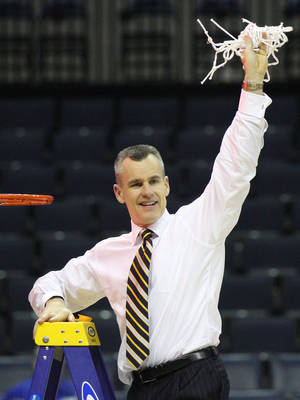 Billy Donovan is set to embark on another season as Thunder head coach after leading Oklahoma City to a 55-win season, a Northwest Division title and a spot in the Western Conference Finals during his first NBA campaign.

After being named head coach on April 30, 2015, Donovan became the third head coach in Thunder history after enjoying an incredibly successful college coaching career that spanned more than two decades.

During the previous 19 years as head coach at the University of Florida, Donovan led the Gators to two National Championships and four trips to the Final Four while amassing a record of 467-186 (.715). During the 2014-15 season, Donovan became the second youngest coach in NCAA history (Bob Knight) to claim 500 wins.

During his tenure at Florida, Donovan led the program to 16 straight 20-win seasons, three 30-win seasons, 17 consecutive trips to the postseason and six SEC Championships. Under Donovan, Florida advanced to the Elite Eight in six of the past 10 seasons.

Donovan concluded his time at Florida with the second most wins for a SEC program (467) in the history of the conference. Additionally, his 35 NCAA tournament wins rank as the most all-time among SEC coaches. Donovan's win total is more than twice that of any other coach in Florida history.

In addition to his responsibilities at Florida, Donovan has served as head coach of USA Basketball's U18 and U19 National Teams in each of the past three summers. As a head coach with USAB, Donovan's teams have captured three gold medals while going a perfect 19-0 during national team competition. Prior to leading the 2014 FIBA Americas U18 Team to the gold medal last summer in Colorado Springs, CO, Donovan guided the 2013 USA U19 World Championship Team to a perfect 9-0 record and the gold medal in Prague, Czech Republic, and the 2012 USA U18 National Team to a 5-0 slate and gold in Sao Sebastiao do Paraiso, Brazil.

Donovan's coaching experience dates back to the 1989-90 season where he served as a graduate assistant coach at Kentucky. After five years with the Wildcats, Donovan was hired as head coach at Marshall, where he spent two years before leaving for Florida.

Prior to joining the coaching ranks, Donovan enjoyed a four-year playing career at Providence where he helped lead the Friars to their best season in school history and a trip to the Final Four in 1987. In addition, Donovan appeared in 44 games as a member of the New York Knicks during the 1987-88 season.