Host of the Discovery Channel's Man Vs. Wild 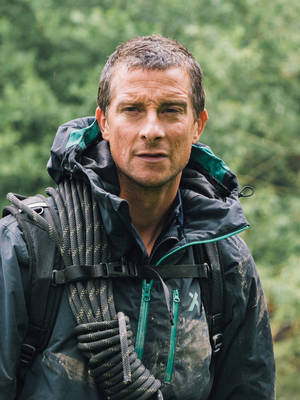 Bear Grylls OBE, has become known worldwide as one of the most recognized faces of survival and outdoor adventure. Trained from a young age in martial arts, Grylls went on to spend three years as a soldier in the British Special Forces, as part of the 21 SAS Regiment. It was here that he perfected many of the survival skills that his fans all over the world enjoy, as he pits himself against the worst of Mother Nature. Bear originally starred in Discovery's hit TV series Man vs. Wild across seven seasons, before hosting the NBC & National Geographic Channel series, Running Wild with Bear Grylls. This show has seen him take global stars such as Julia Roberts, Ben Stiller, President Obama & Prime Minister Modi of India on adventures into the wild. Bear has also hosted over six seasons of the BAFTA award-winning Channel 4 series, The Island with Bear Grylls, as well as the Emmy Award-nominated series Hostile Planet for National Geographic and "You Vs Wild" for Netflix. Bear has recently launched a new production house, The Natural Studios which will be providing a home for the best adventure talent worldwide, to help them create shows that inspire and move people to go for it in their lives and to never give up. His autobiography Mud Sweat and Tears spent 15 weeks at Number 1 in the Sunday Times Bestseller list and he has written over 85 books, selling in excess of 15 million copies worldwide. He is an Honorary Colonel to the Royal Marines Commandos, the youngest ever UK Chief Scout and the first-ever Chief Ambassador to the World Scout Movement, representing a global family of some fifty million Scouts.