Exemplifying the Ultimate in Strength, Flexibility, Balance, Power and Agility 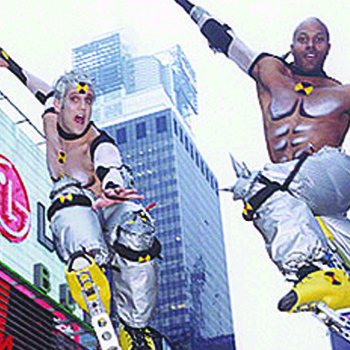 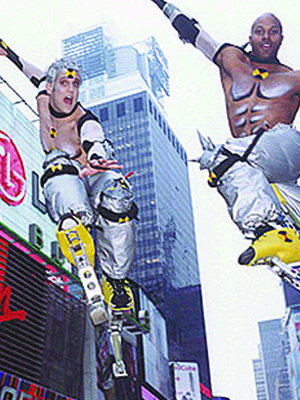 Antigravity is a New York City-born aerial and acrobatic performance group of Olympic and champion level athletes. Working under the direction of creator Christopher Harrison, they execute breaktaking stage and environment-based performances that tell stories of human achievement.

ANTIGRAVITY offers their skills in segmented form to open, close and transition throughout business meetings and awards programs, in full length shows for gala special events, and they also provide individual performers and acts for variety shows, trade shows, and other short performances.

They performed in the closing ceremonies of the 2002 Winter Olympics in Salt Lake City and were featured there daily with performances at the Medals Plaza and in a Samsung-sponsered pavilion. In August 2002, ANTIGRAVITY performed with P. Diddy on the MTV Music Video Awards at Radio City Music Hall and in February 2003 performed at the Grammy Awards with Gwen Stefani and No Doubt at Madison Square Garden. In May 2000 ANTIGRAVITY made their Broadway debut at The New Victory Theatre with their highly acclaimed show "Crash Test Dummies." In their review, The Newark Star Ledger wrote: "Forget De La Guarda and Blue Man Group and get a good look at the spectacular gymnastic comedy of Antigravity's Crash Test Dummies." Additionally, they have performed at Radio City Music Hall, at the Metropolitan Opera House, at all-star sporting events, in designer fashion shows and have been featured in numerous international advertising campaigns and television specials.

They have performed for many corporations including Samsung, Toyota, IBM, Ciba Vision, Mercedes, VISA, Aveda, Swatch, Microsoft, Lotus, Givenchy, DeBeers, and Giorgio Armani. ANTIGRAVITY has performed before audiences in India, Japan, Greece and many other nations.