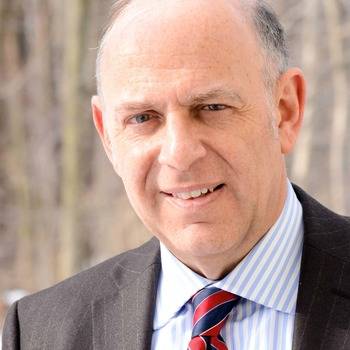 Leadership skills are becoming a popular focus of study — and for good reason. They are useful whether you face a crisis or not. The power to inspire others, to be a role model and a voice of decision is valuable not only in business but in life.

I use what seems like an unlikely method to teach these skills.

In the early 20th century, a visionary actor and dramatist named Konstantin Stanislavski revolutionized acting by urging his students to build characters from their inner selves outward, until they “owned” their roles entirely. To do this right requires lots of study, rehearsal and physical work. Some of the greatest actors of the 20th century come from this school of practice. De Niro, Al Pacino, Dustin Hoffman, Sally Field or Paul Newman to name a few, are some of the notable members of the Actors Studio.

Improvisation honors the creative spirit and builds self-confidence. It opens the mind to possibilities in the very midst of battle and illuminates possible paths forward.

Practicing improvisation, you become a more generous and creative communicator, whether on stage or in the conference room. You come to understand what works and motivates when speaking. You get comfortable accepting changes of force and direction in the conversation’s aim.

Perhaps best of all, you learn to trust your intuition. You might also learn that you are better at this than you thought.

Rob, the leader of a small team, came from a background that emphasized command and obedience and had little experience with the more egalitarian and consensual style of modern management. Rather than memorize a list of dos and don’ts, he practiced improvisation with a coach, playing the role of the skeptical team he had to inspire.

As he spoke to them, he learned the importance of not spiking a scene’s energy. He learned how to avoid checking a conversation’s flow with negatives and doubts. He learned how to not contest a speaker’s assertion except in extreme cases. Instead, he developed the habit of incorporating disagreements and skepticism into the more sweeping description of vision. He and the team were better for it.

There are several auxiliary skills that make up the talent of improvisation.

1. Intellectual control: Call this a form of brain quieting. Intellectual control acknowledges that the details of a scene can rarely be determined in advance but must rather be worked out in the flow of scene — the very point of Stanislavski's method. The actor must play the role organically, from within, from the depth of the character he or she has created, and to a certain extent, must keep the conscious brain out of it.

2. Observation: Good leaders observe. Training ourselves to see our own and others actions, to understand the motives behind them, at least enough to push the scene somewhere positive, is critical.

3. Control of emotions: Good leaders, like good actors, are able to master displays of feelings. Stanislavski wanted his actors to register emotions through what he called "affective recollections," which is the technique of bringing to mind a feeling of the past and recreating its expression.

4. Concentration: The ability to provide rock-solid, undeviating attention is a crucial skill for both leaders and actors. If the actor allows distraction, he fails. Improvisation requires it in abundance.

The bottom line: Just as actors share their imagination with the ensemble to acquire their role, so do leaders.

Here's how leaders can implement the principles of improvisation.

• Keep the energy moving forward. In improvisation as well as in the boardroom, defensiveness and pushback halt whatever forward energy has gathered. Onstage, an idea put forth by a fellow player will be mercilessly quashed when you fail to take it up. In the conference room, similarly, pushback creates resentment.

• Sink yourself into the performance. In business and on stage, you are playing in an ensemble, and this requires keen concentration on the contributions of others.

• Practice your skill of observation. Deliberately explain to yourself why, for example, one of your teammates only chooses pencils of a certain manufacturer. You may not be correct, but you will begin to establish a logic that improves your understanding and interaction with this person.

• Establish the logic of your own character. Play the what-if game with yourself. What if a project failed to meet a crucial deadline and you had to scramble to keep things moving? Knowing your character, you can guess how you’ll respond before it happens.

• In crisis, as at all other times, project calm. Even when you don’t feel it, you can project it. Calm breeds calm, nerves breed nerves. Remember that haste and thoughtlessness will propel you into additional trouble if you don’t remain calm — onstage as well as in business.

Improvisation is an art, but it’s also a learnable skill that improves with practice. An appealing and productive ensemble interaction cannot fail in life or in leadership.

Want Andre P Politzer for your next event?

Shutterstock Leadership skills are becoming a popular focus of study - and for good reason. They are useful whether you face a crisis or not. The power to inspire others, to be a role model and a voice of decision is valuable not only in business but in life. I use what seems like an unlikely method to teach these skills. In the ear...
Read More