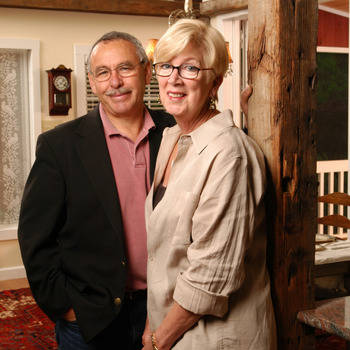 Premiere Speakers is honored to showcase the great accomplishments by Antonio Mendez. This award recognizes a former federal employee whose accomplishment decades ago is representative of, and pays tribute to, thousands of intelligence officers who protect our national security interests, but whose feats remain classified.

During his 25 years at the CIA, Mendez specialized in forging documents, creating disguises and new identities for undercover operatives. He participated in some of the most harrowing Cold War spy and human intelligence operations, helped bring cooperating foreign agents out from behind the Iron Curtain and rescued Americans trapped in Tehran as portrayed in the Hollywood thriller Argo.

The Art of Deception

When six American diplomats took refuge in the homes of Canadian officials during the 1980 Iran hostage crisis, former CIA officer Antonio Mendez ran a dangerous clandestine mission that secured their return to the U.S.

To friends and acquaintances, Antonio (Tony) Mendez was a quiet federal employee who worked for the American military, periodically traveling and living overseas and never talking about his job.

But inside CIA headquarters in McLean, Va., Mendez was known as the man who helped change the identity and appearance of thousands of clandestine operatives during the Cold War by creating disguises and fabricated documents and by developing convincing cover stories.

While the vast majority of these high-stakes operations took place behind the Iron Curtain and remain secret today, the most daring caper orchestrated by Mendez during his 25 years of anonymous service—the tense rescue of six American diplomats trapped in Iran in 1980—was declassified in 1997 and has been immortalized in the Hollywood movie “Argo.”

In 1979, 52 American diplomats were taken hostage in the U.S. embassy in Tehran—an ordeal that would last 444 days until Inauguration Day of January 1981. Unknown to the Iranian militants, six Americans managed to escape from the embassy during the initial takeover and were hiding in the homes of two Canadian diplomats.

That’s where Mendez came into the picture. He created a fake film company, traveled to Iran posing as a Hollywood producer, supplied the six diplomats with false travel documents, gave them cover stories as members of a Canadian film crew, and coached them on how to behave and what to say. After many hair-raising moments, Mendez and a colleague escorted the Americans aboard a jetliner that took them to freedom in January 1980.

If the cloak and dagger operation had failed, it would have resulted in grave harm to Mendez, his colleague and the six American diplomats. In addition, it would have embarrassed President Carter and the CIA, made life more difficult for the American hostages held at the embassy and put the Canadian officials at risk. Instead, the six diplomats returned home to much applause and celebration, while Mendez and his colleague quietly slipped away unheralded and unknown.

“To do this work, you have to be a romantic. You can’t share it with anybody, but you get your satisfaction from within,” said Mendez. “The job was harrowing and it was rewarding.”

Michael Sulick, the former head of the CIA Clandestine Service, said Mendez possessed amazing technical and artistic skills to create fictitious documents and disguises, but also was “calm and unflappable and extremely methodical and detailed.”
“The first time you put on a disguise or a phony mustache and take on a new identity, you feel self-conscious,” said Sulick. “Tony was good at making you feel confident and that you could pull it off. He worked on the entire identity, not just a changed outward appearance.”

Mendez also helped foreign agents who were spying for the U.S. “If we had a high-level Cold War asset who needed to defect, Tony would travel abroad to engage in his craft of helping those individuals assume a new identify and a different appearance so they could escape,” said Sulick.

Mendez said he not only arranged for the escape of the foreign agents, but their families as well. “We brought families out from behind the Iron Curtain and had them disappear without a trace,” Mendez said.

William Webster, the former FBI and CIA director, said the Iranian mission was emblematic of the creativity and daring that marked Mendez’s distinguished career.

“He always seemed capable of finding a way to do his job with imagination and color,” said Webster. “When other people thought something was impractical, he was able to do it and in a courageous way.”

Mendez’s work is representative of and pays tribute to thousands of intelligence officers who have helped protect our national security interests, but whose exploits remain behind the cloak of secrecy.

For information on how to book Tony Mendez for your next event, visit PremiereSpeakers.com/Tony_Mendez.

Want Tony & Jonna Mendez for your next event?

July 14, 2016
Jonna Mendez served for 27 yeras as Technical Operations Officer and Chief of Disguise for the CIA, which earned ...
Read more

Jonna Mendez served for 27 yeras as Technical Operations Officer and Chief of Disguise for the CIA, which earned her both GS-14 rank and the Intelligence Commendation Medal. She took on the daunting role of properly training agents to use spy cameras and efficiently gather intelligence. In collaboration with her husband Tony, Jonna has contrib...
Read More

Congratulations to former CIA officersTony and Jonna Mendez on being honored at this year's America Abroad Media Awards! The Power of Film "honors outstanding leaders whose work exemplifies the power of media to inform,educateandempowercitizens about the critical social and public policy issues of our time.";A total of four people were recognize...
Read More

"Tony Mendez received this Presidential challenge coin from Barack Obama when visiting the White House. While he was not there alone - he visited with about 20 other people receiving recognition for unique government service - he was the only one who was presented with this coin. The group received the Sammy Award, the government's equivalent ...
Read More

Source: UT Dallas What do Ben Affleck, Tony and Jonna Mendez have in common? They were all involved in the making of the Academy Award (for Best Picture) winning film Argo. Tony and Jonna are both retired CIA officers after over 20 years of service and the fascinating stories to go along with it. Tony chronicled his involvement in a rescue op...
Read More

Tony Mendez, the retired CIA agent played by Ben Affleck in the hit movie "Argo,'' has revealed that he is battling Parkinson's disease. Mendez and his wife, Jonna, spoke about his condition during a four-day symposium run this week by the Focused Ultrasound Foundation, as well as in an interview with the Washington Post. The couple revealed Me...
Read More

A Conversation with Argo's Tony and Jonna Mendez

Written by Ibtisam Ahmed The University of Warwick book festival returned to the Warwick Arts Centre for its second edition over the weekend of the 17th and 18th of May. Among the many writers who spoke at the event was Tony Mendez, the former CIA operative who masterminded the "Canadian Caper";, an exfiltration mission to save the lives of US ...
Read More

Former CIA Officer Talks About Being a Real-Life James Bond

Written by Catherine Vonledebur Former CIA agent Tony Mendez spent a week writing Argo with Hollywood screenwriter Chris Terrio. Shortly after the script was written a shiny new yellow pick-up truck pulled up along the rocky road to his house in the Blue Ridge Mountains of Western Maryland, DC delivering a bottle of Cristal champagne and a h...
Read More

Written by Amrita Jayakumar What does it take to get your children the perfect holiday gift? A professional sleuth, apparently. As the pressure to win the holiday shopping battle builds, marketers are inventing creative ways to help parents strategize. Enter Jonna Mendez, wife of Antonio Mendez. After a 27-year career at the CIA, the former ...
Read More