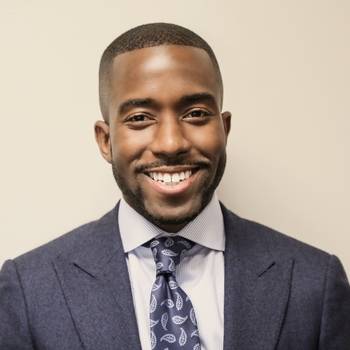 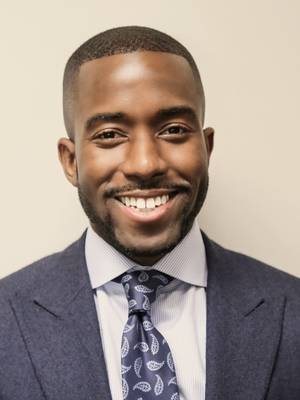 Shermichael Singleton is a political consultant, writer, commentator, and former Contributing Host of Vox Media's Consider It, a current affairs digital show that aired weekly on Facebook Watch. He is also a 2019 Forbes 30 Under 30 honoree for Law and Policy for his contributions to politics and media.

As a political operative, he has worked on the presidential campaigns of former Speaker of the House Newt Gingrich where he focused on youth outreach and engagement. From there he went on ...

Shermichael Singleton brings context and piercing insights for contemporary analysis of current affairs. He speaks from a broad perspective having lived across the United States. Shermichael also embraces the truth and presents reality earnestly in what is the Post-Trust epoch. His millennial sensibilities clearly lead him to engage in new media and keep him fresh on the topics of the day. Shermichael was historically rooted, topical and effective in communicating relatable ideas. Fellow panelists and the several hundred who attended the standing room only setting commented on Shermichael's wit and command of politics, governance, media, millennials, conservatives, Southerners, African Americans, and the state of American political discourse. He is an excellent resource on these topics and many more. Shermichael Singleton is one of the most consequential political thinkers and practitioners of his generation. That much was on full display at PolitiCon.

Shermichael Singleton is a rare gem in the speaker world. First of all, his incredible political accomplishments speak to his abilities. He has worked with top government leaders from Newt Gingrich to Mitt Romney to Ben Carson. He worked in the trenches as a political campaigner and consultant- most notably with the firm America Rising, which led the 2014 midterm sweep for Republicans. He has held executive positions, such as his role as Deputy Chief of Staff in the Department of Housing and Urban Development. Second of all, his own life experience adds many layers to his world view. As an African American, a Morehouse College graduate, a Republican, and a young man, he has a rich blend of influences that have helped shaped his perspectives. Finally, his political experience coupled with his diverse life experience, fuel his impressive insights. It is no wonder he has become a CNN analyst, public speaker, contributor to The Hill, and featured in NPR, New York Times, BBC, and many others. We selected Shermichael from hundreds of possible speaker candidates to serve on a panel with major political figures for ProCon.org. His clearly stated and passionately spoken insights were a real highlight of our event. We would be honored to work with Shermichael Singleton in the future.